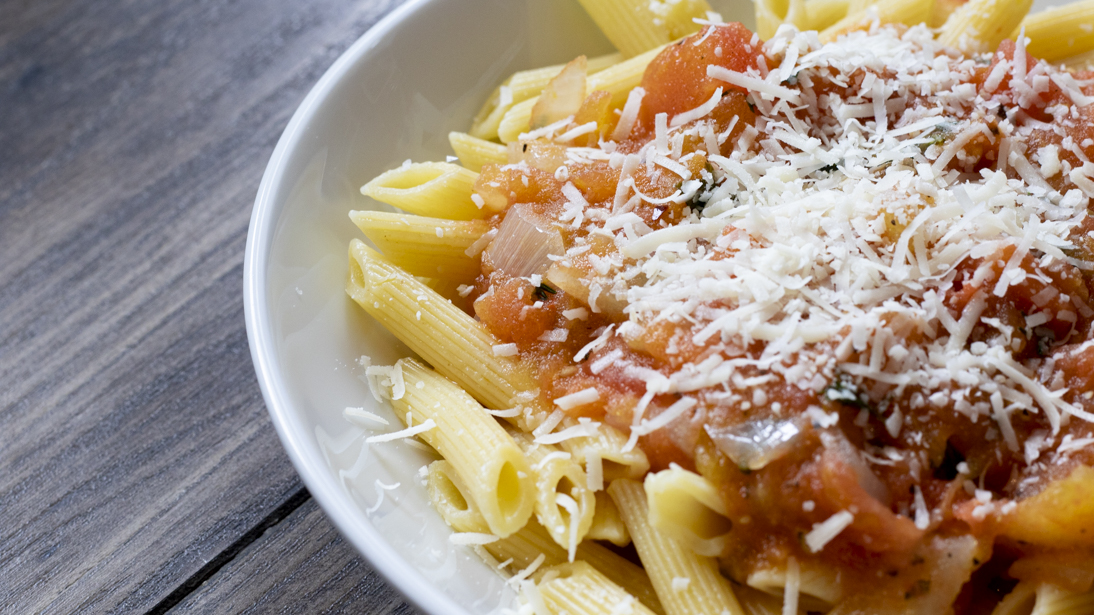 It’s tomato season! There’s something special about this time of year–your vines are weighed down with juicy, flavorful tomatoes. There’s an anticipation as you watch the tomatoes turn from green to red and are ready to pick! And a great way to enjoy that fresh produce is by making a tomato sauce!

Heirloom tomatoes are common at grocery stores. They’re a little sweeter than other types of tomatoes, and have great seeds for planting. And let me tell you, they make a killer sauce! 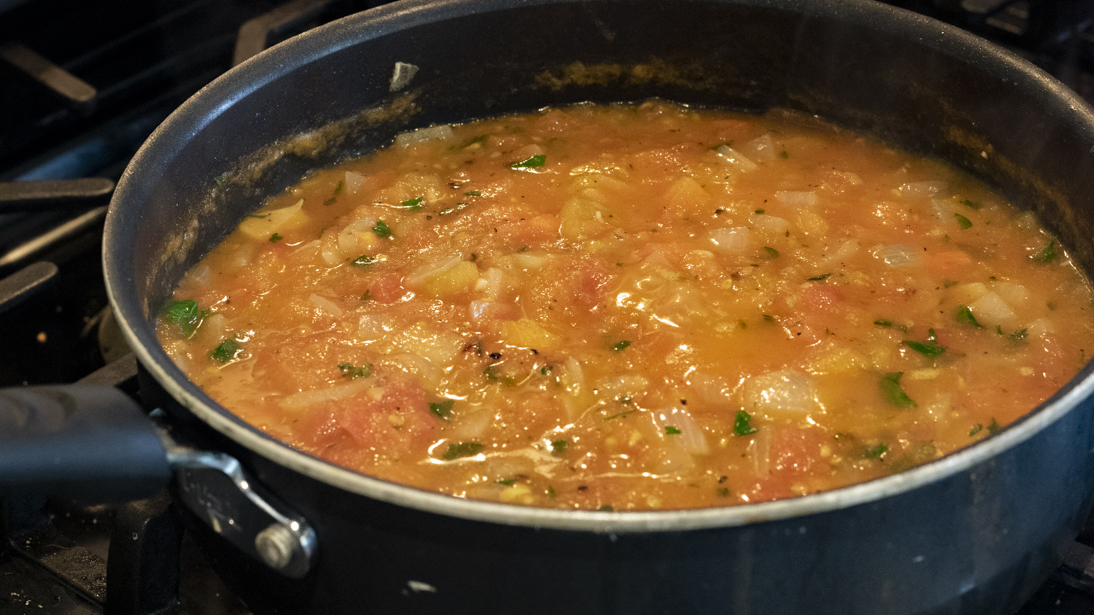 Although this recipe isn’t difficult or complicated, there are a few more steps than you may be used to. The first thing to do is prep the tomatoes.

You need to remove the skins, so you don’t have that chewy membrane in the sauce. The skins can be peeled off much easier if the tomatoes have been blanched.

So, bring a pot of water to a boil. Meanwhile, take your knife and make an X on the bottom of each tomato. It doesn’t need to be deep; just cut through the skin. Then drop the tomatoes into the boiling water. They only need 60-90 seconds in there– you’ll know when to take them out because the skin will start blistering away from where you made the X. 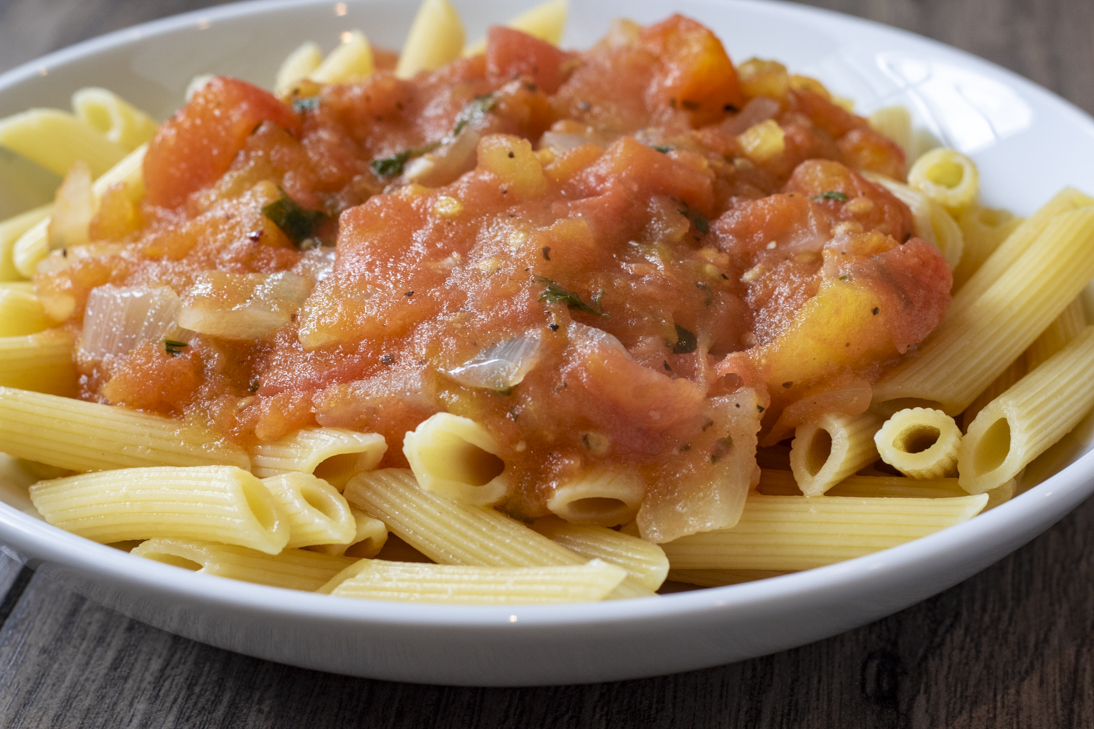 Build your sauce from the ground up by starting with onions sautéed in our Fresh Churned Garlic Butter. The onions and garlic add so much flavor to the sauce!

Add your chopped tomatoes, and some seasonings. We recommend red pepper flakes, salt, pepper, and a little sugar. You can also add some fresh herbs to your liking.

From there, the bus pretty much drives itself. Let the sauce simmer and cook for about 20 minutes. I like to leave this sauce chunky, but if you want a smoother sauce, you can throw it in a blender (or use an immersion blender).

From there, serve it on pasta, or use it for dipping bread! 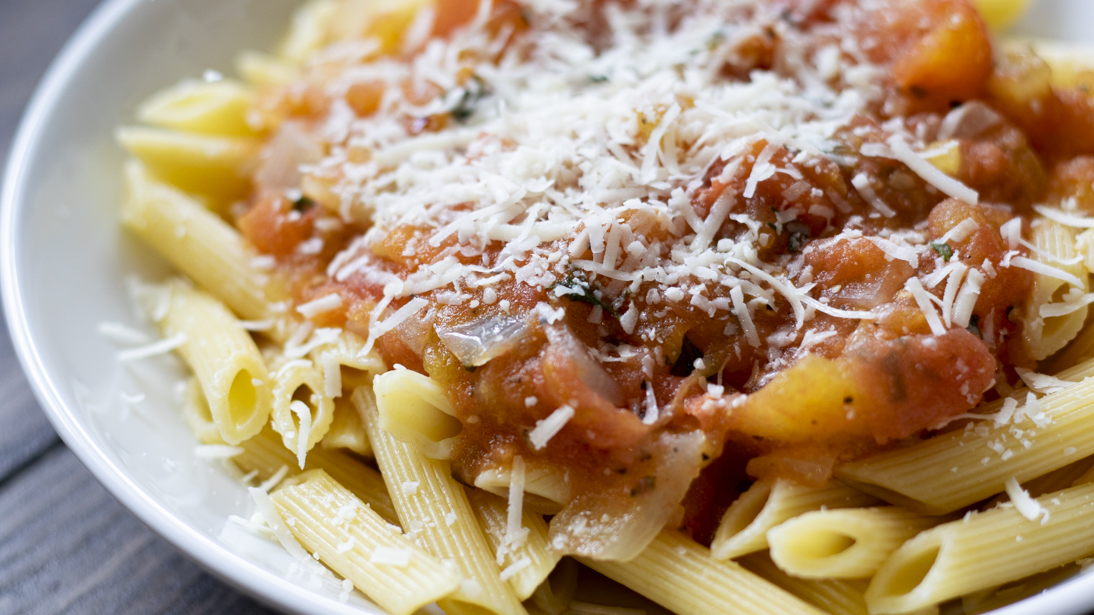 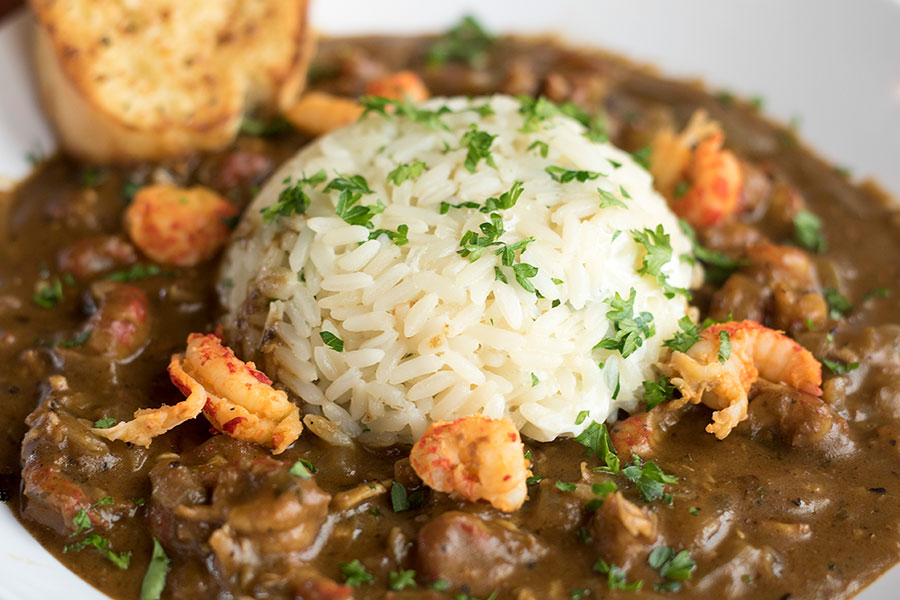 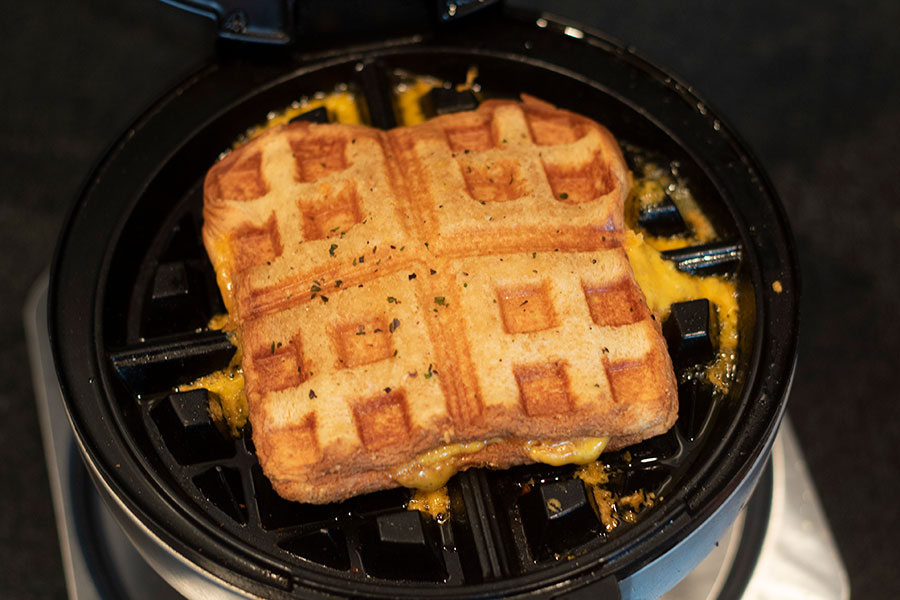 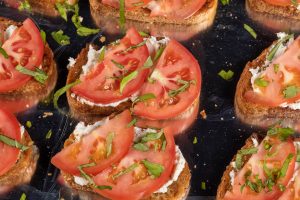