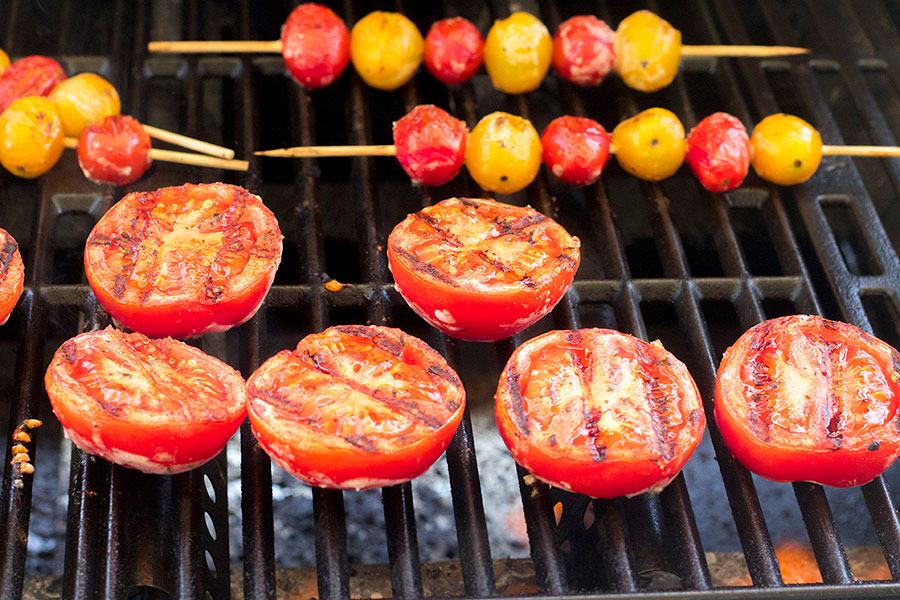 Grilled tomatoes are the best way to enjoy tomato season!

As we approach July, it’s time to think of all the creative ways to use tomatoes. They’re only in season for about 3 months. And even though you can usually buy them year round at your grocery store, there’s something special about tomatoes during the height of summer.

We used to grow tomatoes in our garden when I was growing up, and I remember my parents would eat them like apples, with a little bit of salt. 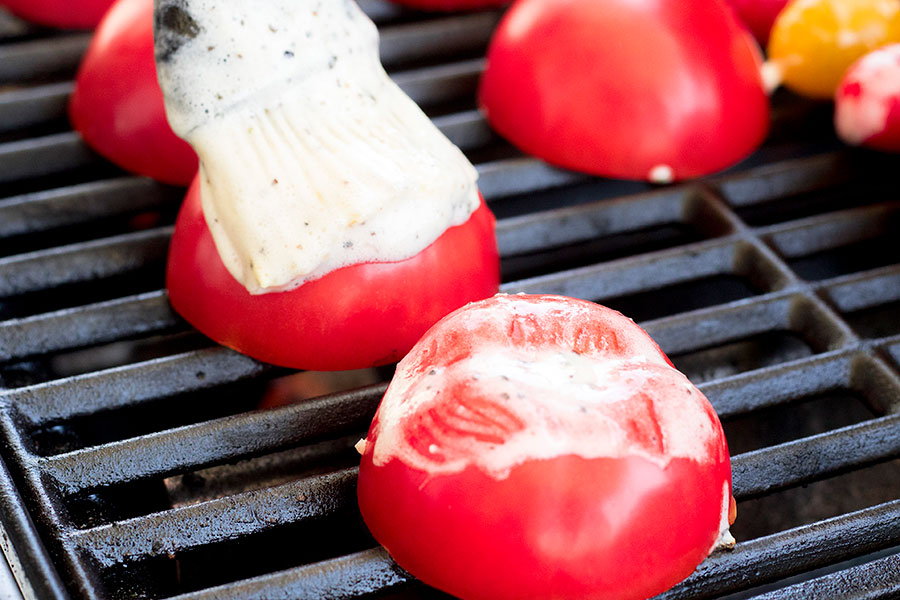 Grilled tomatoes are a beautiful thing! It’s a great way to showcase the delicious flavor of tomatoes, while adding a little extra to make them even better. Chef Shamy Garlic Butter is the key ingredient here!

Brush some Garlic Butter on both sides and let them cook. But don’t leave the tomatoes on the grill for too long! You want them soft, but not mushy. If they’re cooked for too long, the seeds will fall right down into your grill.

Top your tomatoes with some fresh basil or even a balsamic vinegar. And don’t forget the salt and pepper! 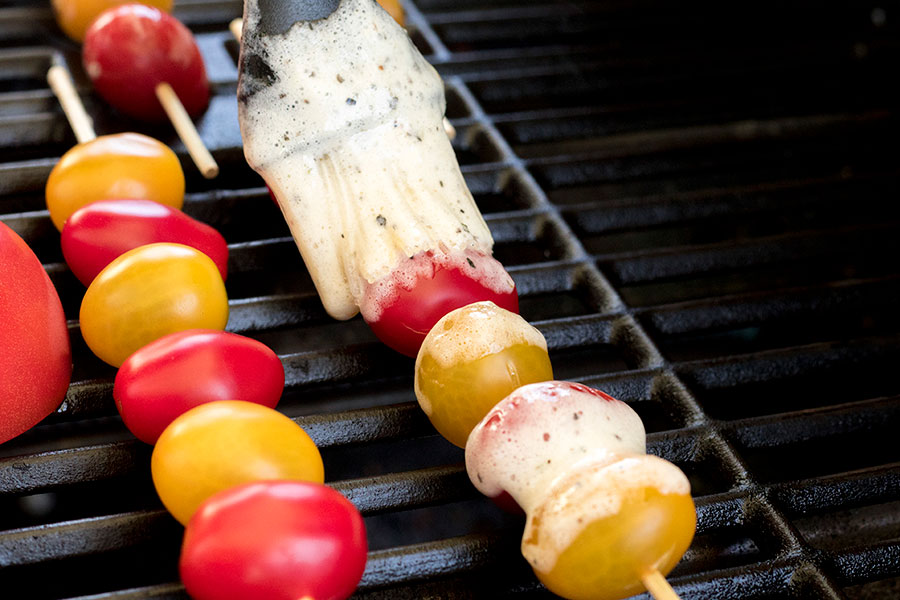 To skewer or not to skewer?

You’ll notice from the pictures that we grilled tomatoes two different ways.

First, we cut some Roma tomatoes in half. I prefer Roma tomatoes because I think the flavor is more evenly distributed throughout the fruit.

Second, we put some cherry tomatoes on a wooden skewer. We did both yellow and red cherry tomatoes. They don’t taste that different, but we thought the color would be pretty.

The point is, there’s many different varieties, sizes, and colors of tomatoes. And they all belong on the grill! 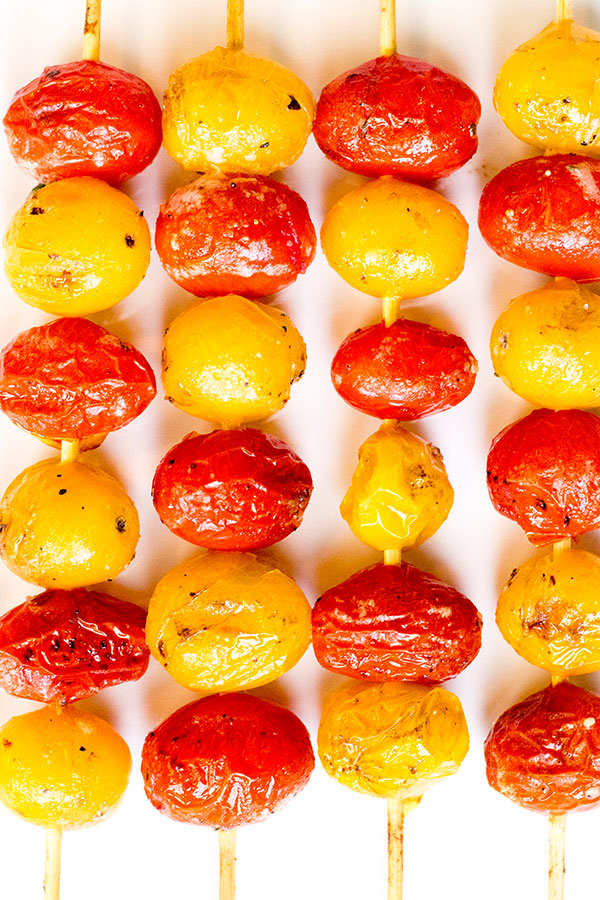 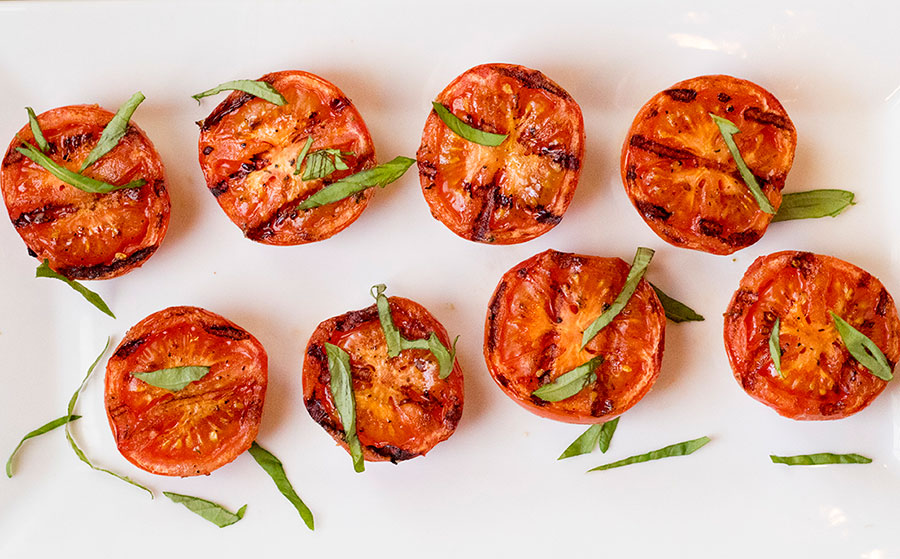 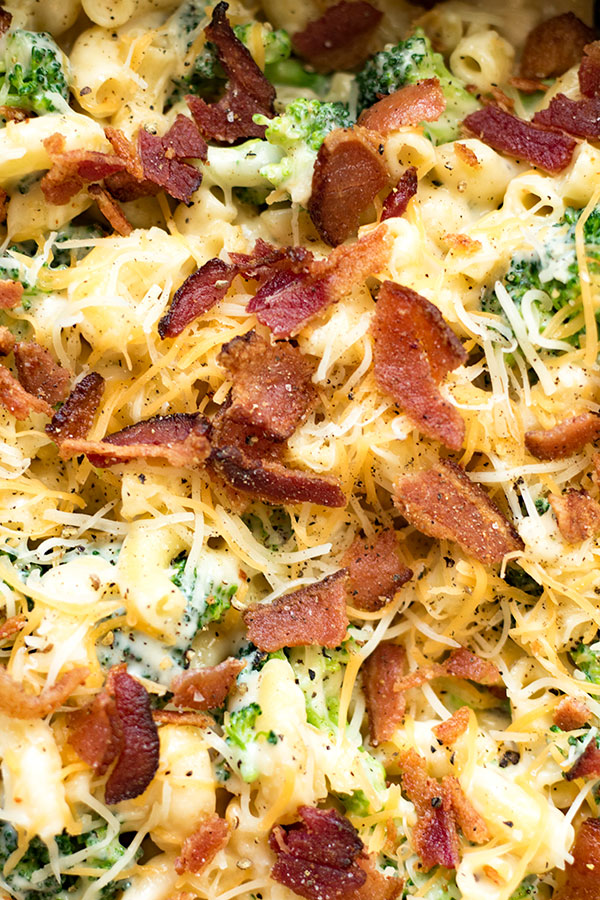 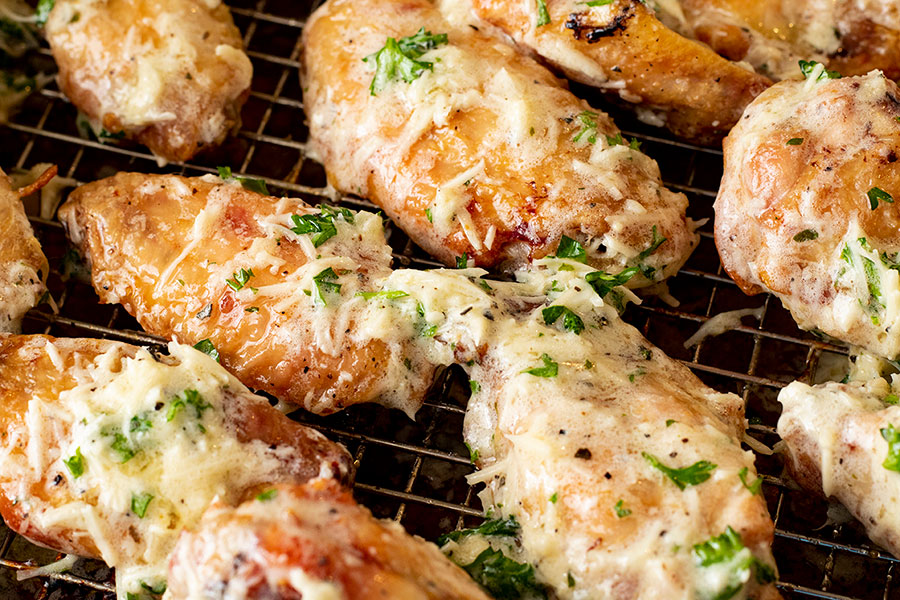 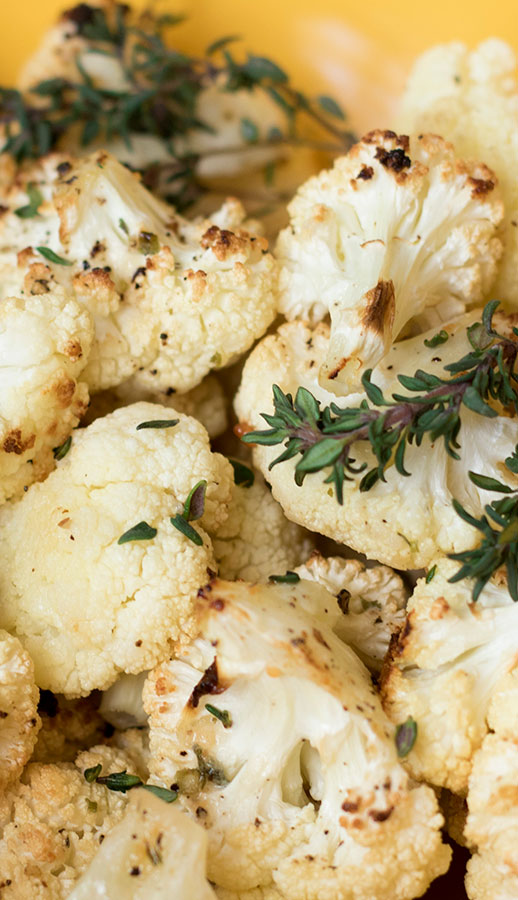