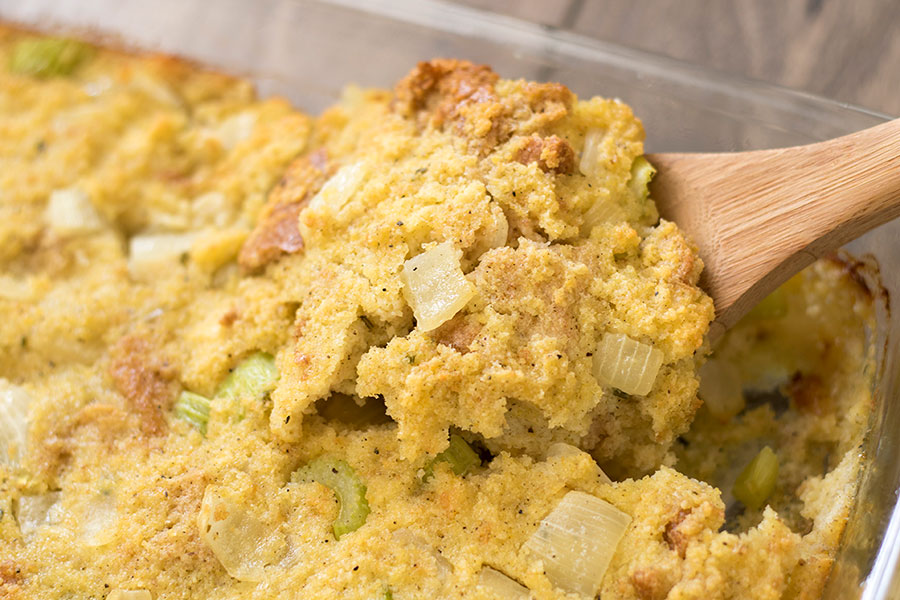 It’s almost that time. It’s always funny to me that we spend hours and hours, sometimes even days, cooking a beautiful Thanksgiving meal only to have it demolished in about 20 minutes. But it’s always worth it if there’s a lot of delicious food! A great place to start is with our French Onion Cornbread Stuffing!

Many times, the dinner table at Thanksgiving can cause some anticipation and stress. And I understand: turkey, potatoes, stuffing, veggies, bread, pies. So much to do, and the pressure is on to make certain that everything tastes amazing! Luckily, Chef Shamy Butters makes cooking easier and packs a punch of wonderful flavor! 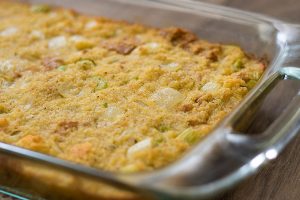 The butter of choice here is Chef Shamy French Onion Butter with Asiago. French Onion is the perfect flavor for stuffing. This cornbread stuffing starts with onions and celery. Cook them down in some French Onion Butter and it adds an onion-y flavor that radiates in every bite of the stuffing. It’s probably my favorite stuffing I’ve ever eaten, partly because it was so easy to make. The other part was due to the cornbread!

Cornbread makes everything taste better. It’s sweet, soft, and moist. I had never thought to put use it in stuffing, but I’m glad I did. The result was amazing! There’s nothing worse than dry stuffing, and this cornbread stuffing was not at all dry! It was flavorful– really flavorful. The French Onion butter came through, along with the onions, celery, and sage. (Sage is one of my favorite herbs).

There are a lot of great cornbread recipes around. Here’s a recipe to get you started.

But honestly, I bought some pre-made cornbread from my local grocery store bakery. They will usually have some made up and sitting out, especially at this time of year. I’m a firm believer in home baking, and that things always taste better when you make them yourself. But this saves a little time, especially on a day that’s already so busy.

Here’s a cornbread recipe that’s a little too good to use in stuffing: Strawberry Honey Butter Cornbread 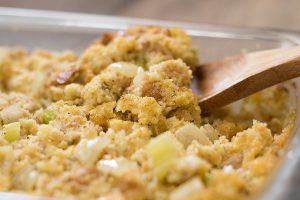 Sheet Pan Eggs in a Basket 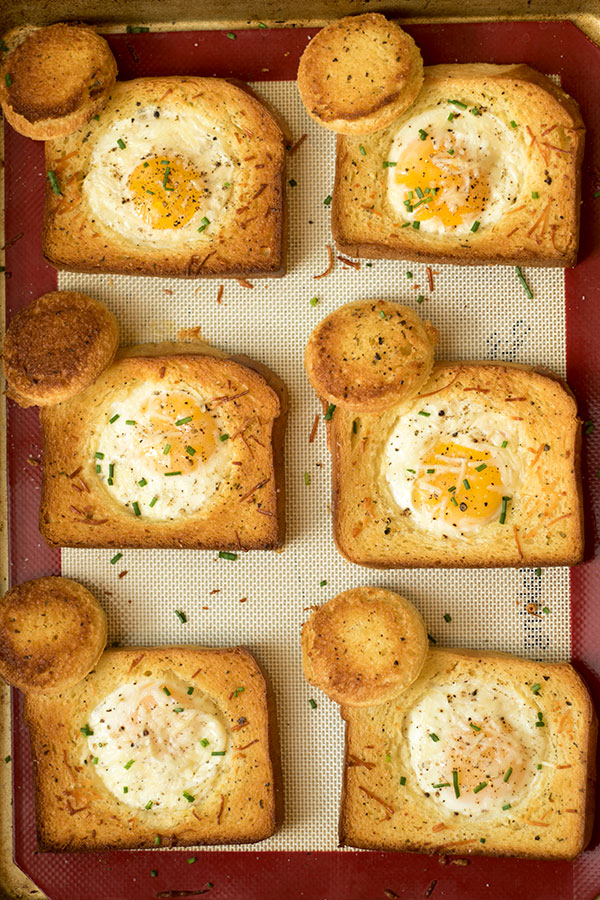 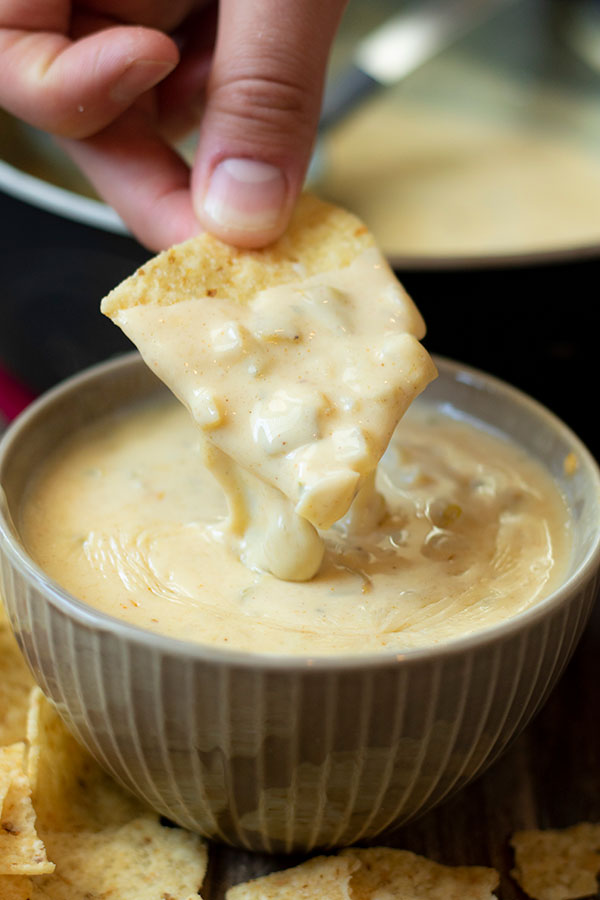 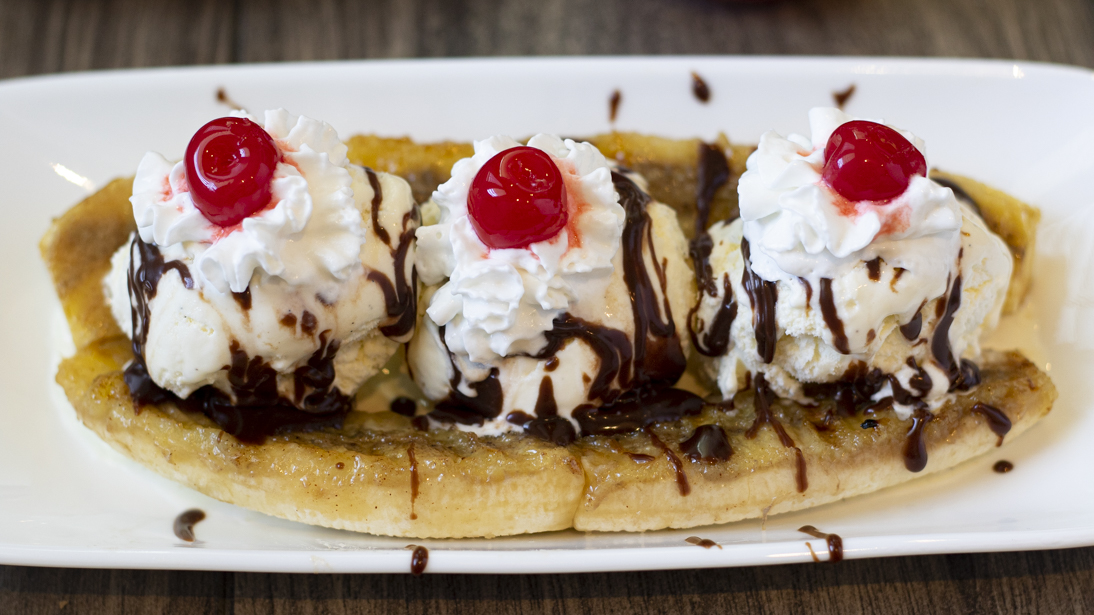