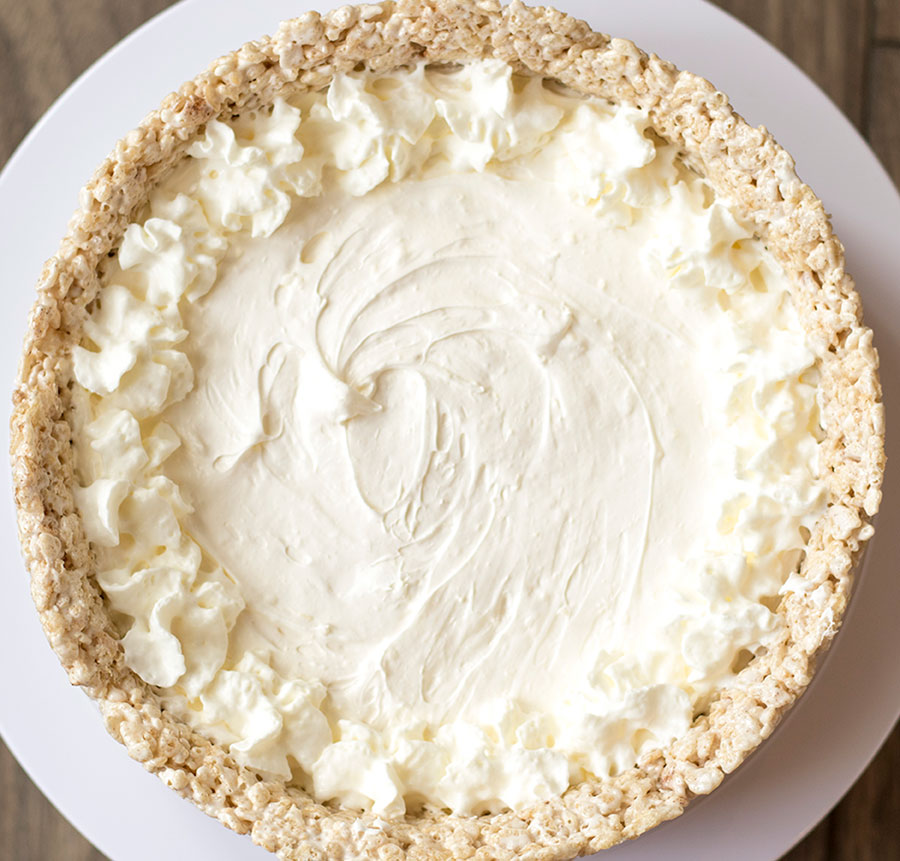 Most cheesecakes are baked, but I have a special place in my heart for ones that are no-bake. Growing up, my mother made a delicious lemon no-bake variation, and it’s still one of my favorite desserts to this day.

Any cheesecake that doesn’t need to be baked has a simple filling that sets firm in the fridge. It’s still cream cheese based, but has no eggs.

Rather than adding a bunch of sugar, we mixed cream cheese with Cool Whip and marshmallow cream to keep with the Rice Krispie Treat theme! 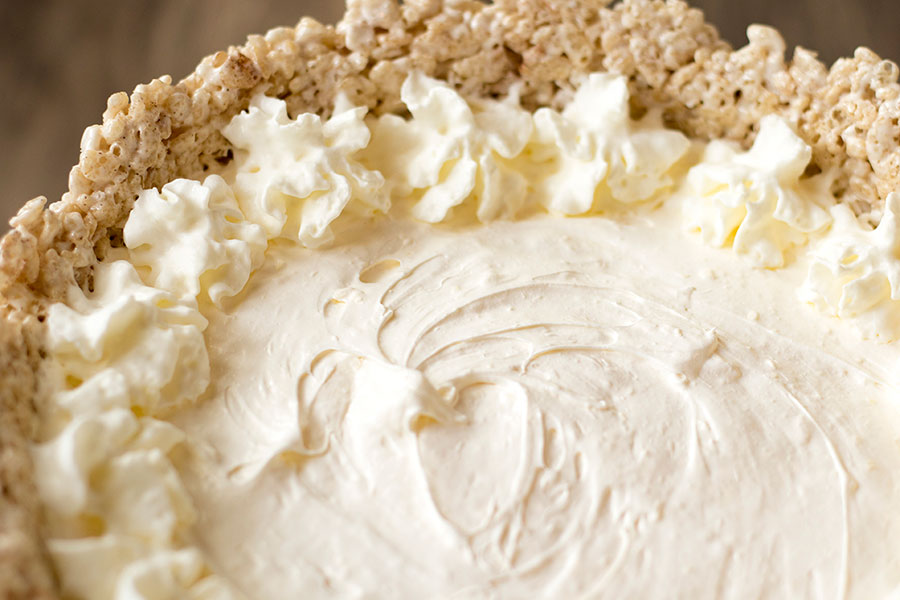 If you’ve ever made our Cinnamon Rice Krispie Treats before, you know what I’m talking about.

The crust of this Rice Krispie Cheesecake is Rice Krispie Treats! They’re really easy. You make it just like you normally would, except you substitute Chef Shamy Cinnamon Honey Butter instead of normal butter. It’s a beautiful flavor. Something about the crunchy cereal, the sweet marshmallow, and the delicious cinnamon, all in one amazing crust. 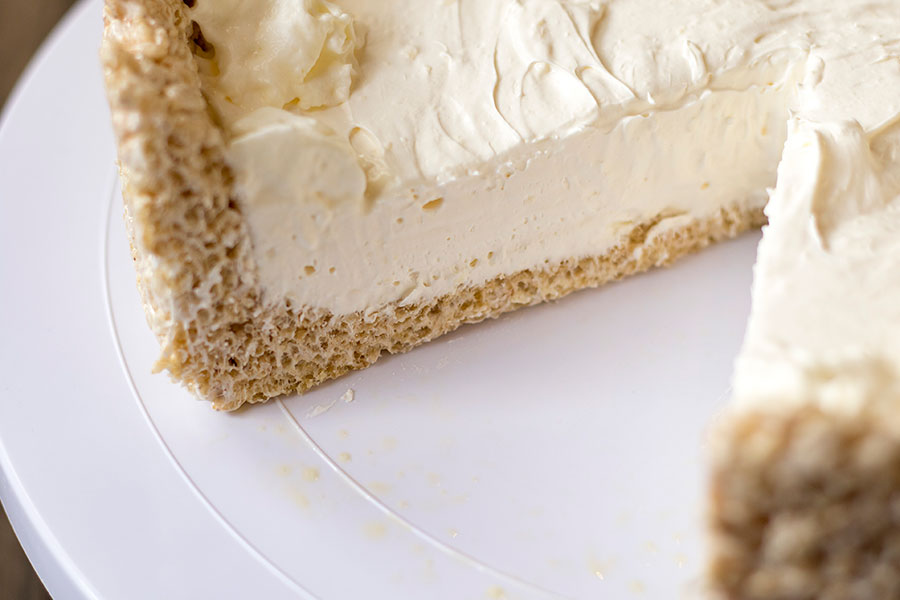 Press the cereal mixture into the pan, and fill it with the cream cheese mixture! Let it set in the fridge, and serve with caramel sauce. 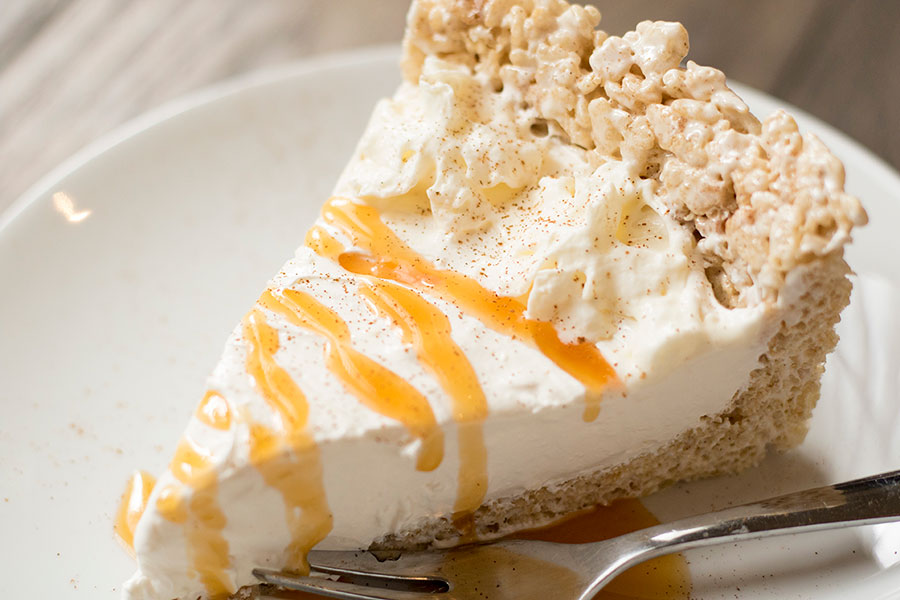 This is a perfect recipe for a picnic, potluck, or cook out. But fair warning: everyone will want your recipe!

It’s also a great dessert to make a day ahead of time, and let it set up in the fridge overnight.

It’s delicious with caramel sauce, but try adding some whipped cream or a sprinkle of cinnamon on top too! 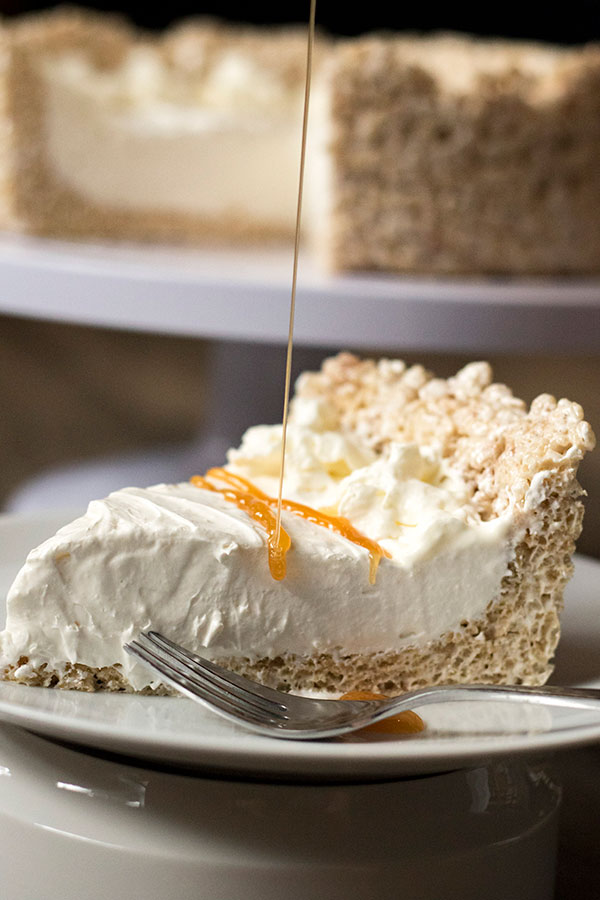 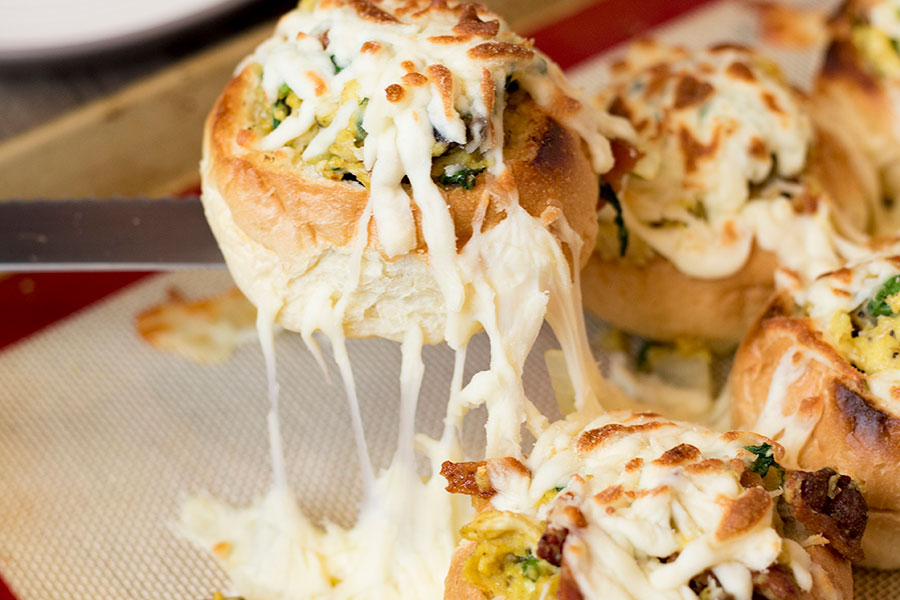 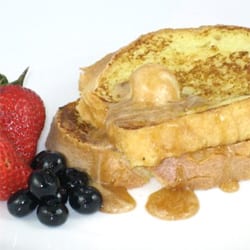 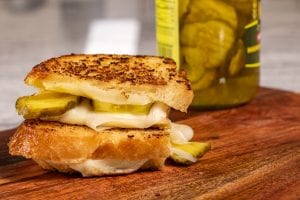