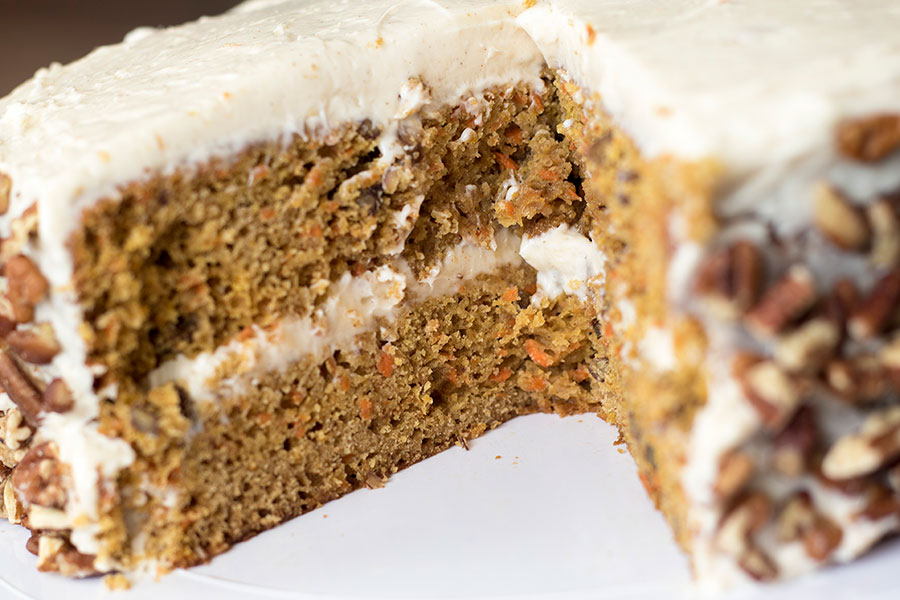 Cake is one of life’s sweet pleasures. But not all cakes are created equal. You will reach the height of culinary pleasure when you eat an exceptional piece. The balance created by a great carrot cake rewards the palate in ways other sweets fall short. The balance of moist cake and sweet cream cheese frosting is bliss. And you’re probably saying to yourself, “This is actually healthy because it’s made with carrots.” Regardless of the outcome of the health debate on Carrot Cake, your day is always a little brighter after you indulge in a piece. This variation is likely to hit your top ten list of desserts. 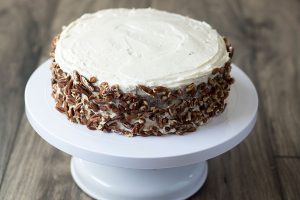 Our Carrot Cake with Cinnamon Cream Cheese Frosting is absolutely to die for! Seriously, I think it’s one of the best I’ve ever tasted. The cake itself is moist and incredibly flavorful– the orange zest really comes and cuts through the sweetness of the frosting.

And the frosting! It’s a twist on the classic cream cheese frosting. I’ve been excited to try our butters in a frosting context for a while — and this did not disappoint! 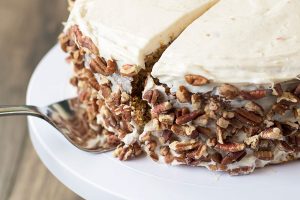 The key to this recipe is Chef Shamy Cinnamon Brown Sugar Honey Butter. We all know how delicious the Cinnamon Butter is, but this is a slightly unique recipe in that we use the butter twice– in the cake and in the frosting.

It can be difficult to bake a cake with butter; many cake recipes call for vegetable oil. But putting butter in a cake really adds a rich flavor and allows the cake to be soft and moist. And such is the case with our Carrot Cake!

Cinnamon butter makes a lot of sense to add to the cream cheese frosting. The cinnamon is very subtle, but it’s sooooo good. It does make the frosting a little sweeter than it normally would be, but who said that’s a bad thing? 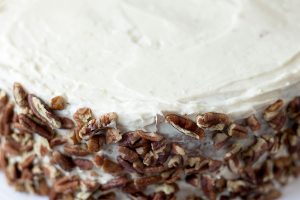 The hardest thing about cakes, for me, is decorating them. (The easiest thing about cakes, for me, is eating them.) But the great thing is that there are many ways to decorate a cake! We have a lovely thick layer of frosting on the top of our carrot cake, but a rather scant amount on the sides, which we’ve covered in chopped pecans. I loved the pecans, because it was a nice change of texture as well as taste.

How did you decorate your Carrot Cake? Send us a pic! 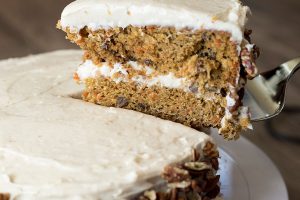 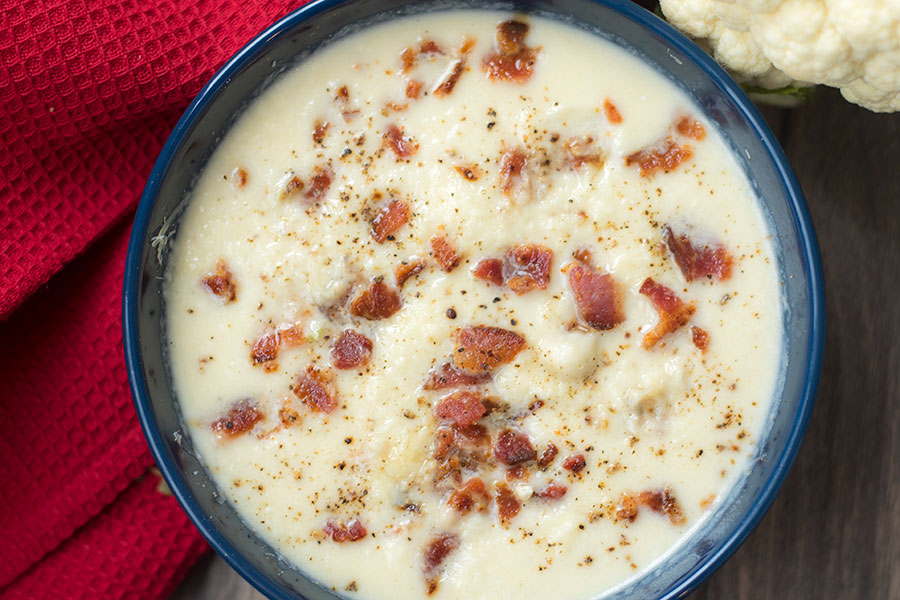 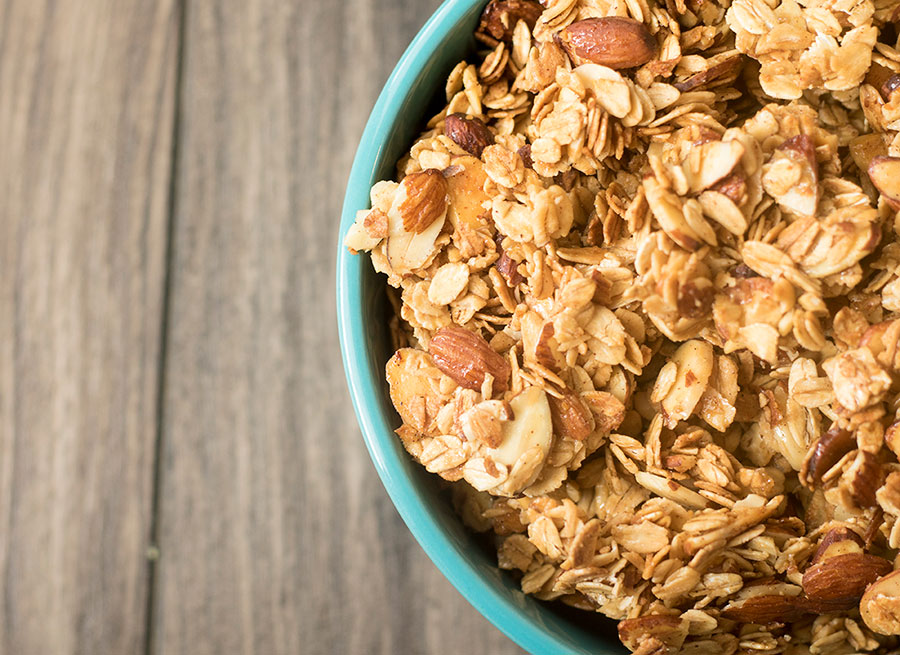 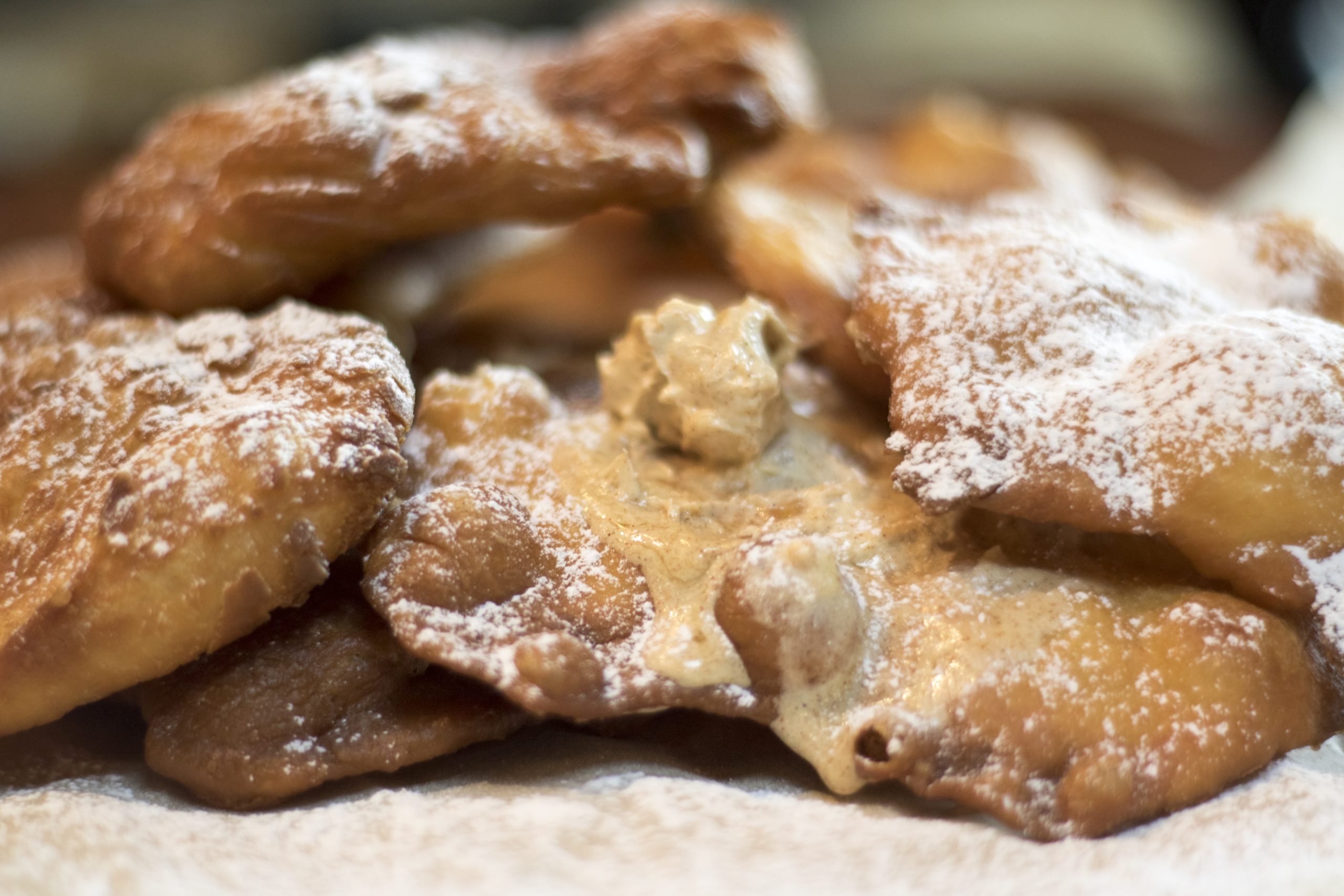