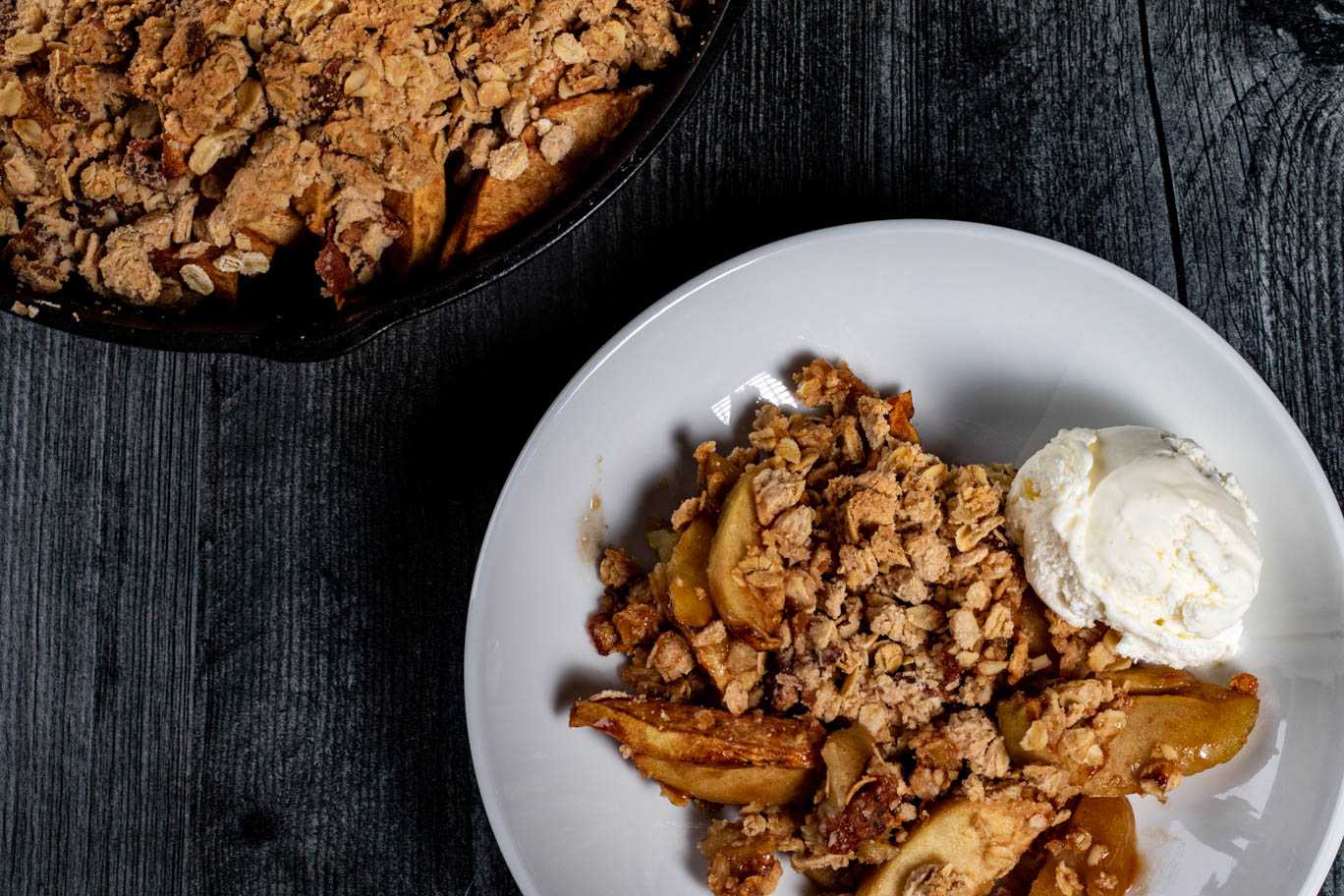 I think everyone can agree that bacon makes everything better. And our new Bacon Apple Crisp is proof of that! It’s everything you want from a delicious apple crisp– tender spiced apples, a crispy crumble on top– and salty morsels of bacon in every bite!

We have been so excited to make this recipe, and it did not disappoint. Apple season is always highly anticipated around our test kitchen — apples are so versatile. We know that bacon and apples go well together. This recipe takes the best of the sweet and the savory and combines them into one delicious bite! 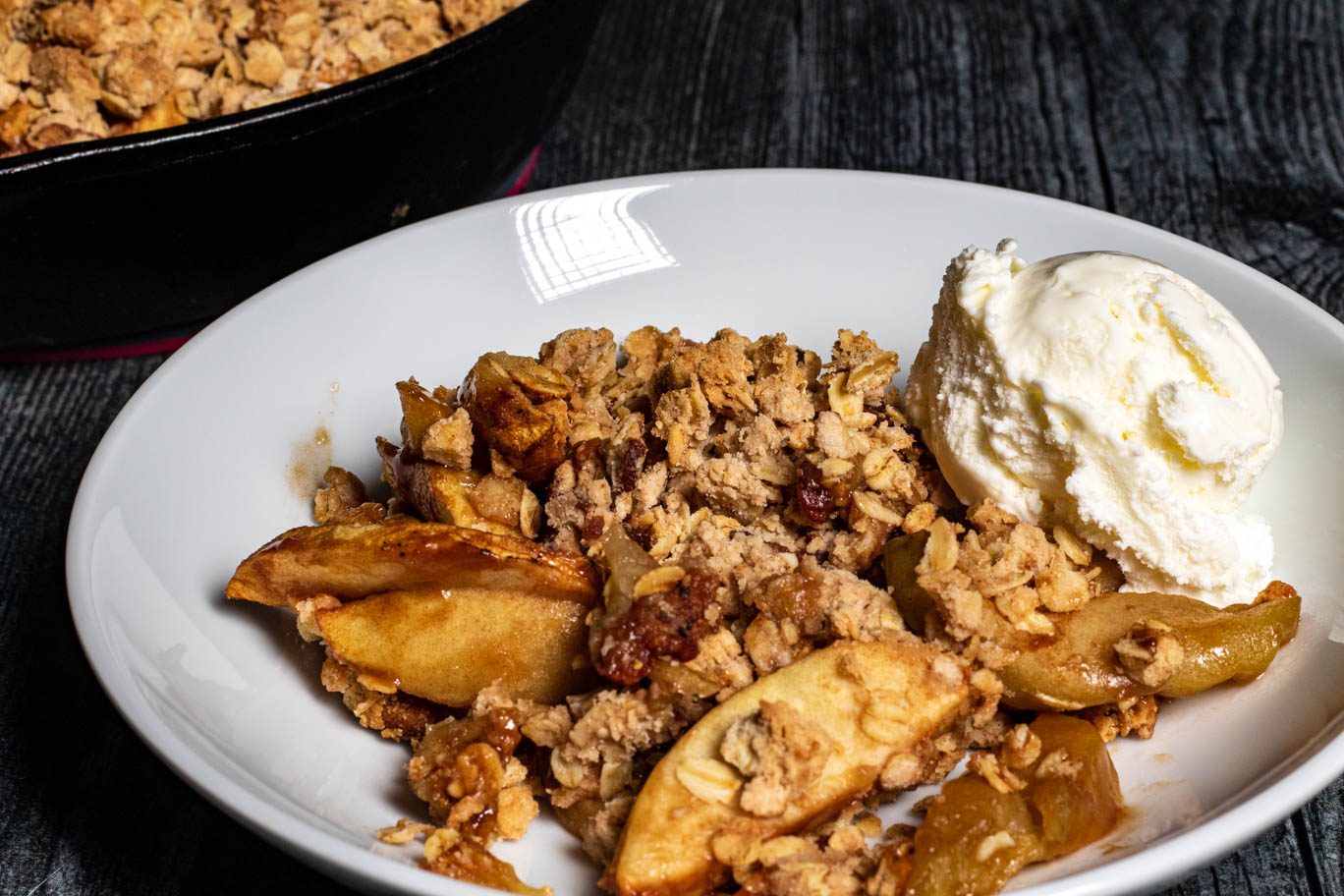 Not everybody likes apple pie. Some people just don’t like pie in general. But regardless of what your preference is, most would agree that pie can be hard to make– especially the crust. I always recommend a crisp or cobbler over a pie for beginning bakers. The crisp mixture is much easier to make than a pastry, and it’s still delicious. 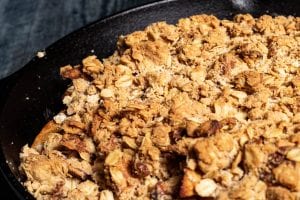 We start with apples. There are many opinions about what type of apple is best for baking. I say the best apple for baking is the one that’s on sale in your grocery store. We used Granny Smith in this recipe.

Peel, core, and slice your apples. Toss them in some cinnamon, brown sugar, flour, vanilla, and lemon juice. Spread them into the bottom of a cast iron skillet.

The crisp mixture is simple: flour, oats, and our Fresh Churned Cinnamon Honey Butter. The butter adds the perfect amount of cinnamon sweetness. And add crumbled cooked bacon. Mix it right into the crisp mixture.

Spread this on top of the apples and bake — it’s that easy! 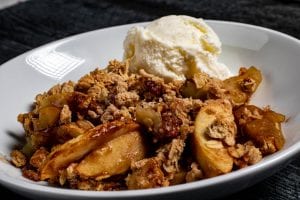 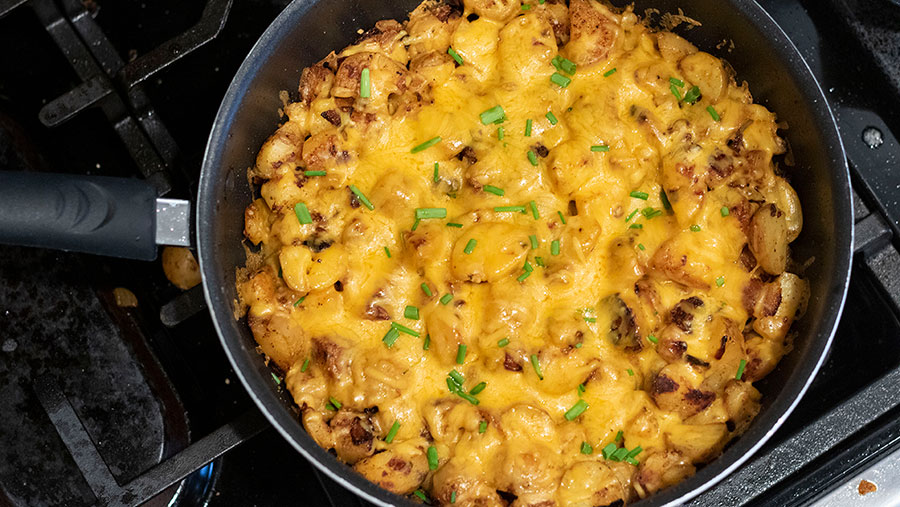 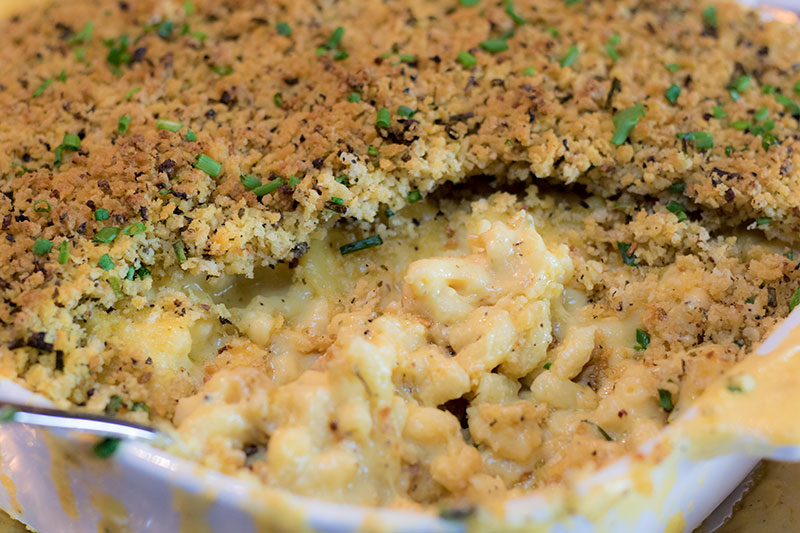 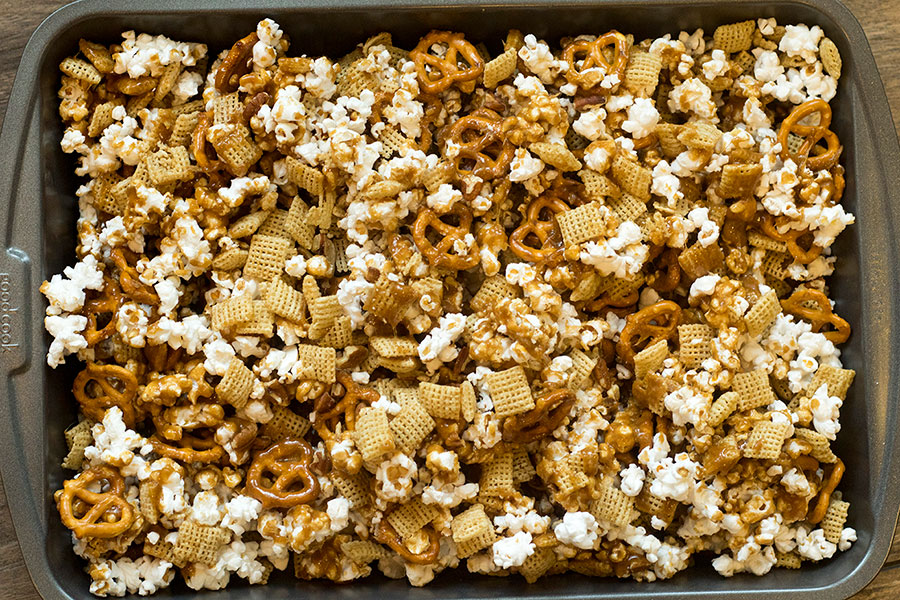