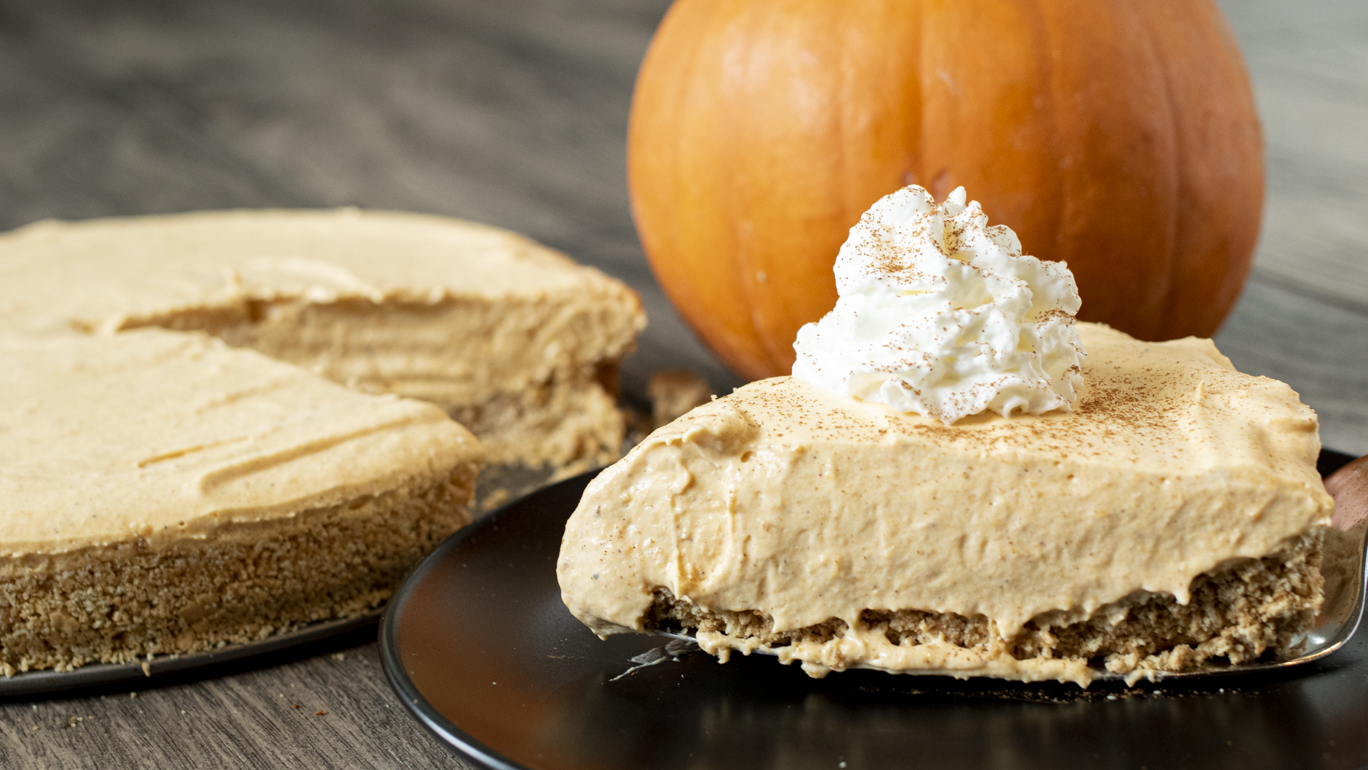 Stop whatever you’re doing and make this recipe! I’m serious, people, this No Bake Pumpkin Cheesecake is capital D Delicious!

I have a complicated relationship with cheesecake. My mother exclusively made no bake cheesecakes when I was growing up. I think I was in my late teens before I even tried a baked cheesecake. And I didn’t love it– it was too dry and dense. Since then, I’ve had some delicious baked cheesecakes, and I’ll have some any chance I get. But I still love no bakes the most– and this one might be my favorite ever! 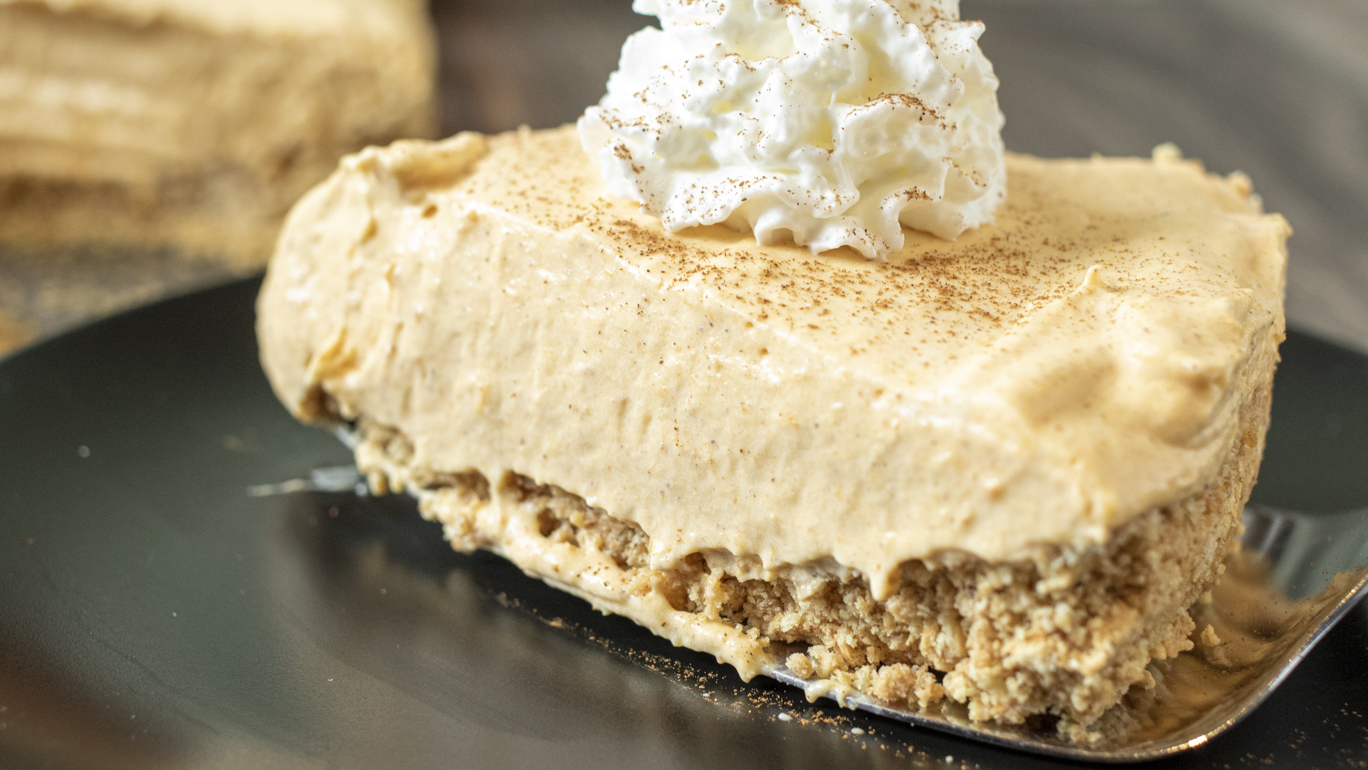 A no bake cheesecake is light and creamy. The filling sets up in the fridge. Our filling is simple to make: Cream cheese, whipping cream, sugar, pumpkin, and spices!

When mixing the filling, there are a couple of important things. Make sure that the cream cheese is room temperature– that will make it much easier. Also, mix everything together for a couple minutes. The recipe says until light and fluffy– as you beat the filling, the cream will whip, which makes it even lighter. 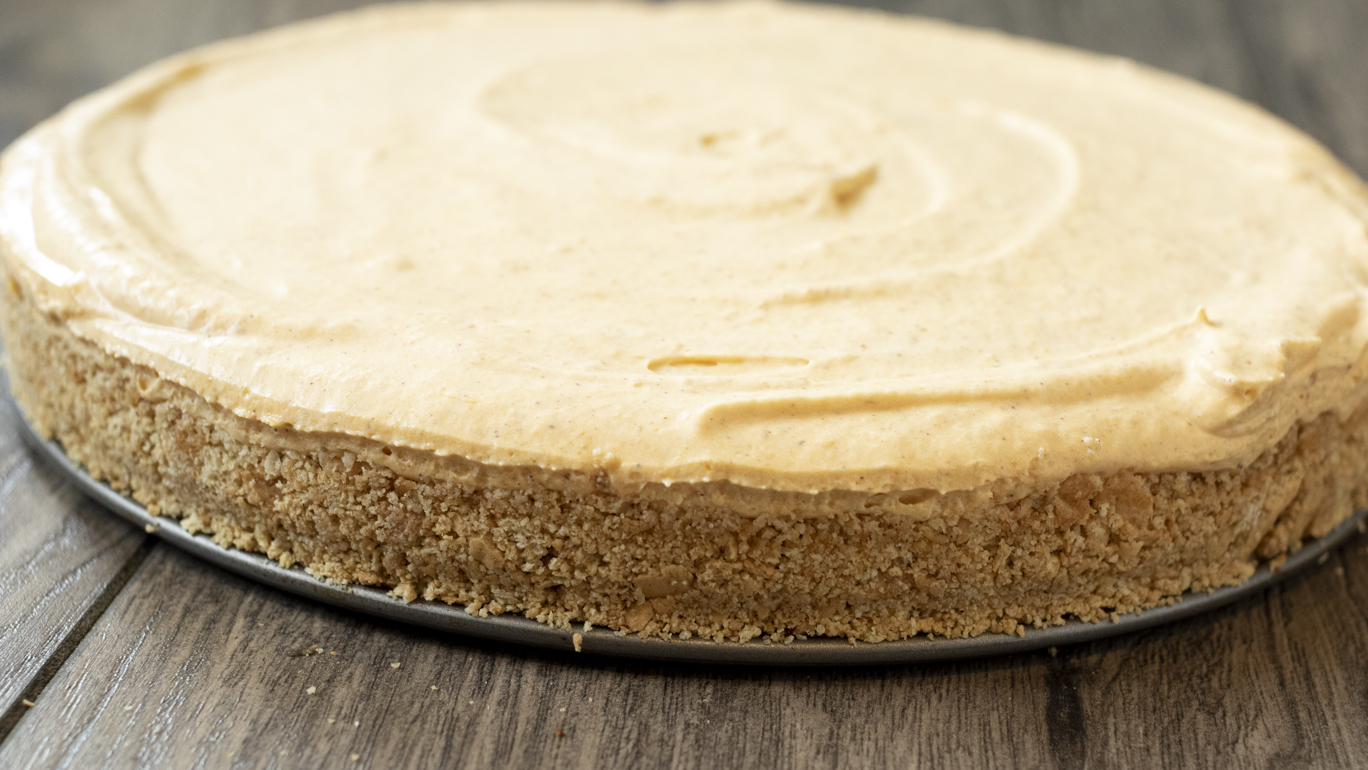 This Pumpkin Cheesecake has a graham cracker crust. It adds a great crunchy contrast to the creamy filling. And it’s pretty easy to make. There are just two ingredients: graham cracker crumbs and our Fresh Churned Cinnamon Honey Butter. The butter keeps the crumbs together and also add a great cinnamon flavor that perfectly compliments the pumpkin. 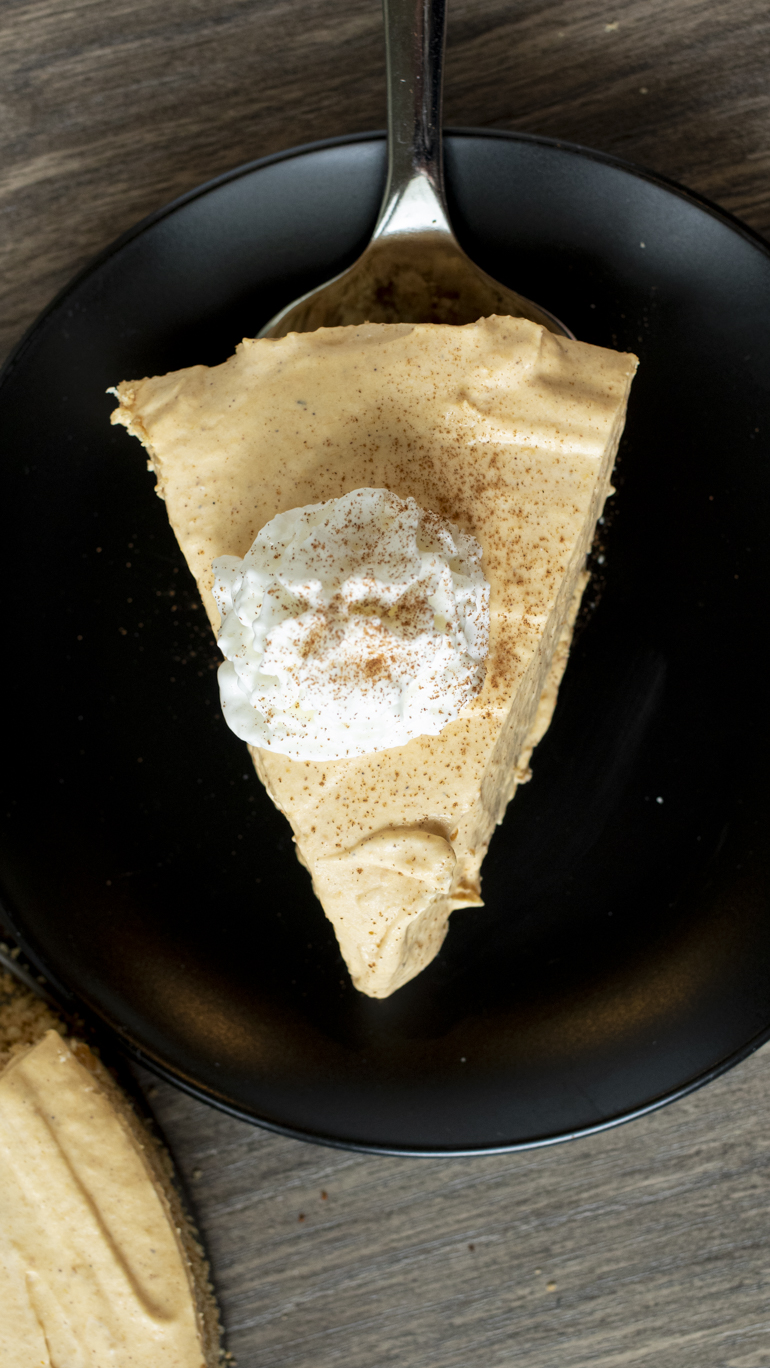 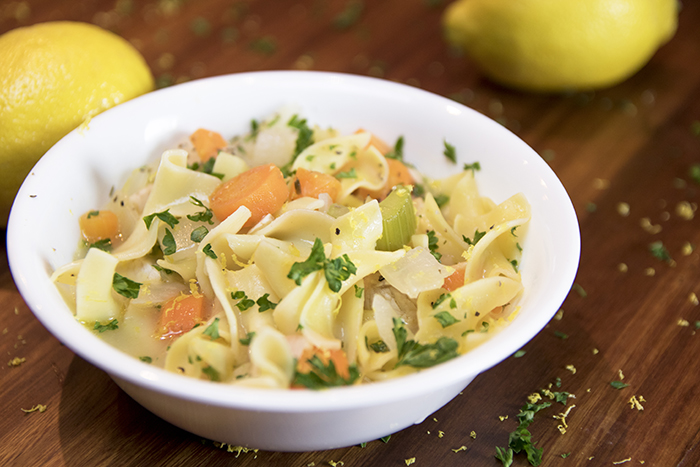 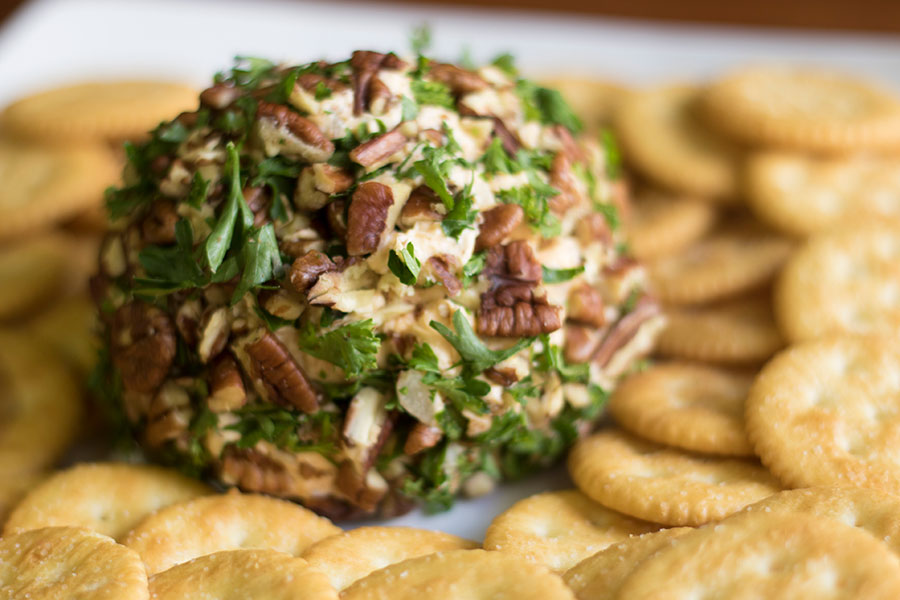 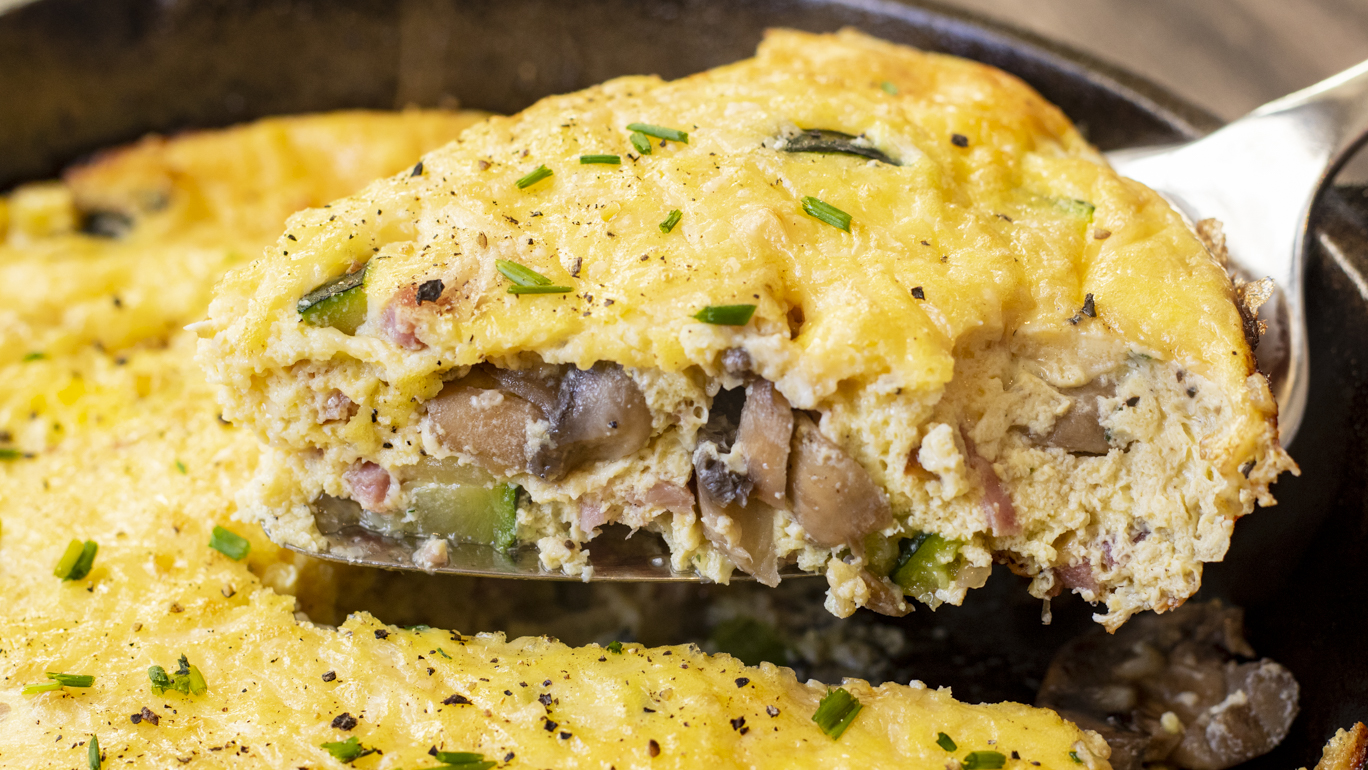