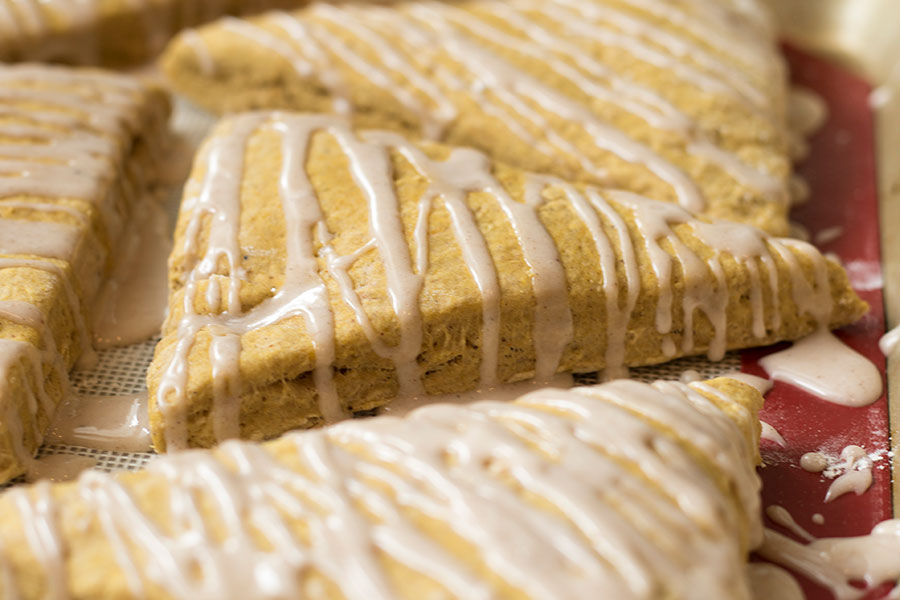 It’s that time of year again. The time when the weather gets colder and the baked goods become plentiful. Its the time when finally, your grocery store has a good selection of pumpkin… only for it to be always sold out. At least that’s what happened to me when I went to my local market. No pumpkin on the shelves. Luckily for me, I had stocked up gradually over the year– I love pumpkin! And it’s not fall unless you have some kind of baked pumpkin something in the house. Look no further than our Cinnamon Spiced Pumpkin Scones. It’s the best thing I’ve made in a while.

While these pumpkin scones are definitely a fall treat, you can enjoy them year round. I always get a sneaky craving for pumpkin in the late spring, and these would hit the spot. They’re the perfect amount of pumpkin-y flavor that you look for. 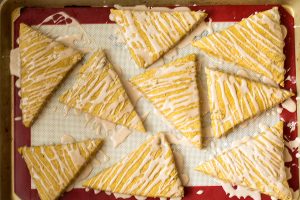 Okay, so pumpkin is great, but here’s some straight talk. Pumpkin– just pumpkin by itself– is bland. And boring. It tastes of nothing, and it certainly isn’t sweet. So that where we get the Cinnamon Spiced part. Pumpkin is usually combined with cinnamon, nutmeg, cloves, ginger, and even allspice. And make no mistake, we’ve got all those in both the scone and the spiced glaze.

But the real kicker here is Chef Shamy Cinnamon Brown Sugar Honey Butter. It adds the right amount of cinnamon, and a light sweetness from both the honey and the brown sugar. And you can rest easy, because there is no other added sugar to the scone itself! Plus, you can put as much or as little of the spiced glaze on top as you’d like, so you really can control the sugar on this one. 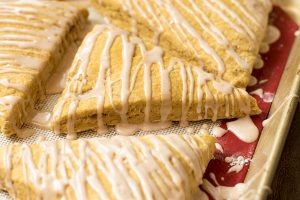 Scones can be sweet or savory– they’re usually sweet. They’re soft on the inside, crunchy on the outside. And you can have them for any meal. Breakfast, lunch, dinner, second breakfast, elevensies, snack time, tea time, all the time! And you’ll love these so much, you’ll want them all the time!

Here’s a start if you’re in the mood for Savory Scones! 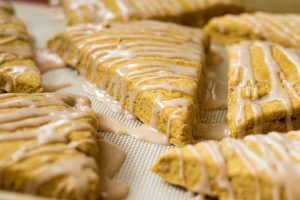 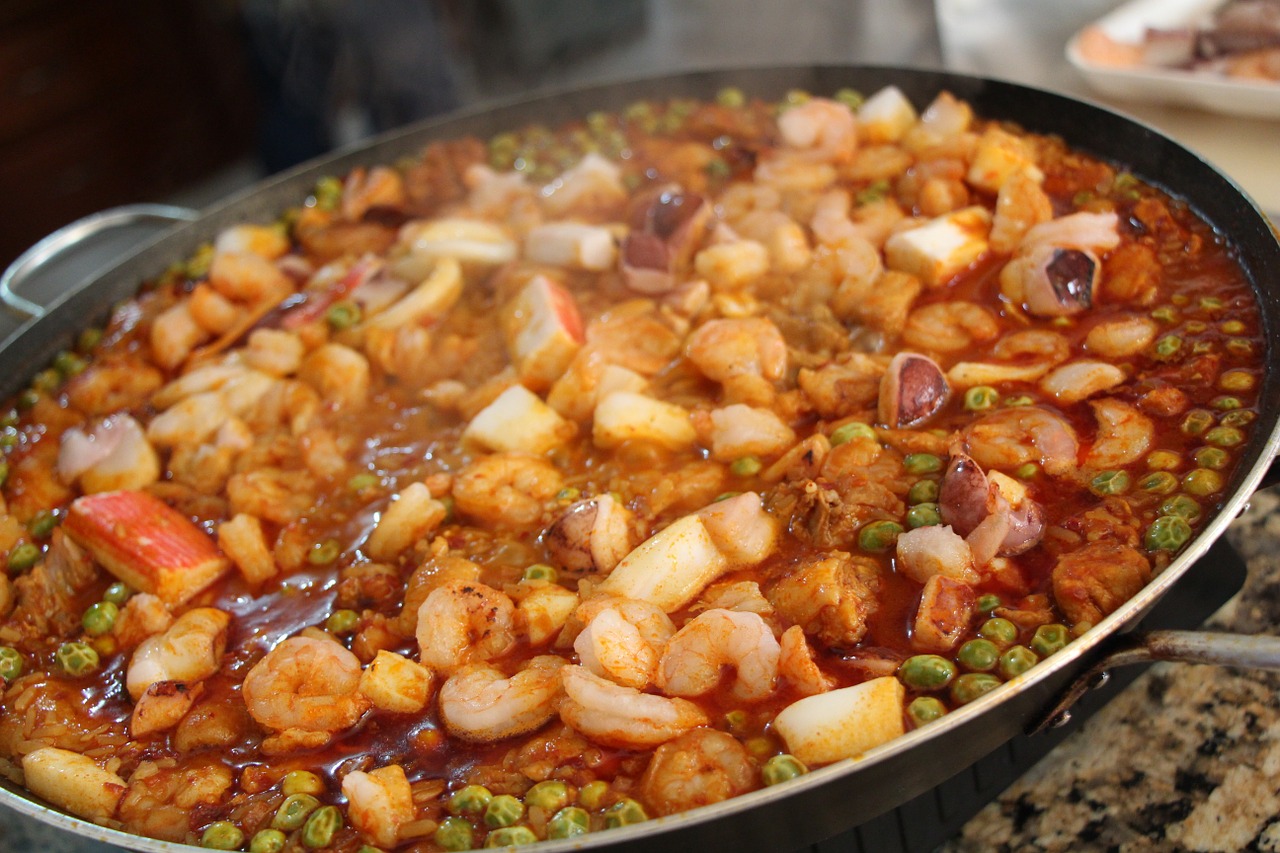 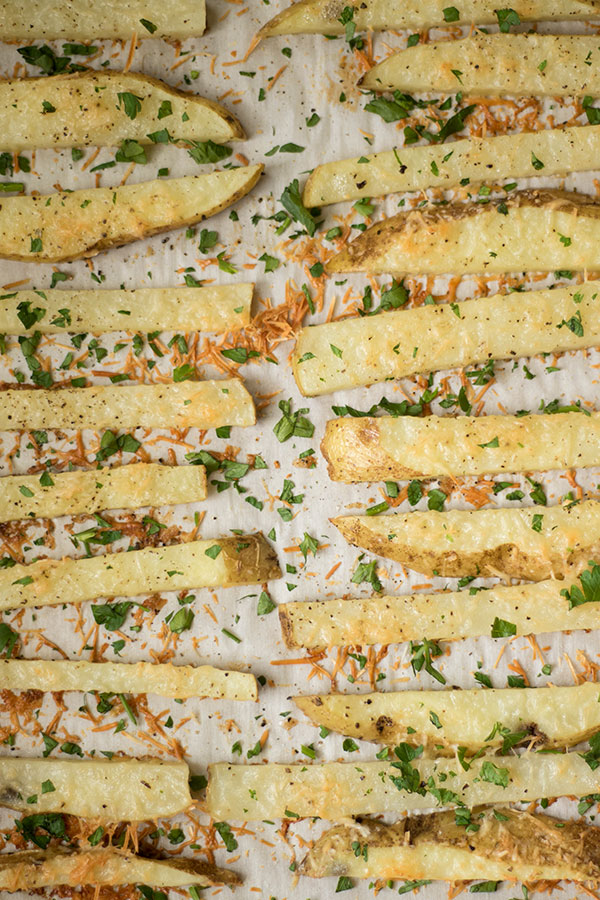 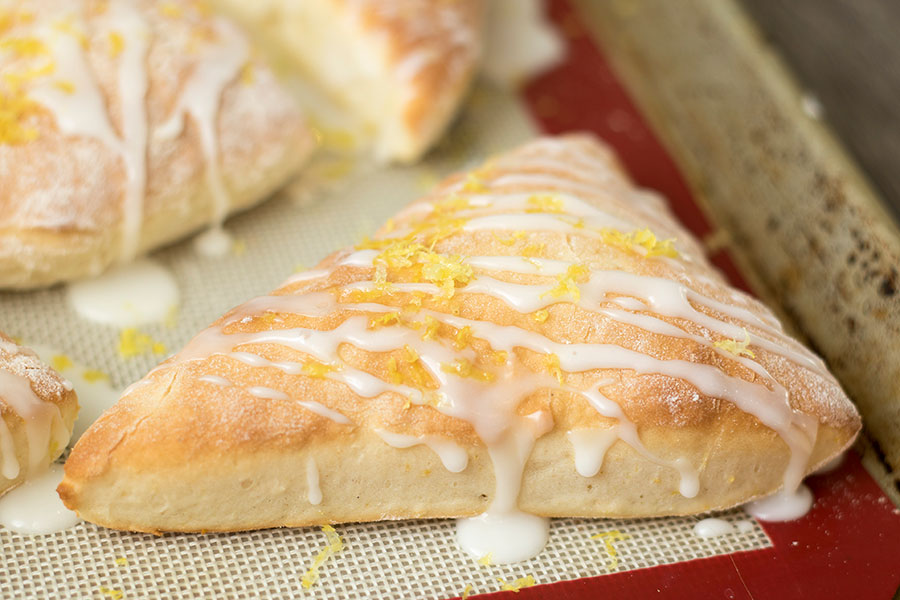