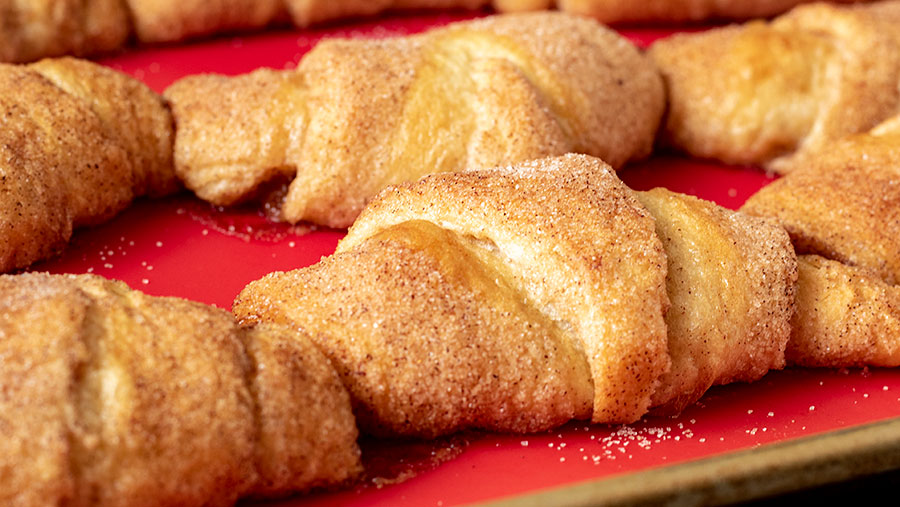 You know, crescent rolls. The little tubes of dough in your grocery’s refrigerated section.

This store bought dough sure is handy. You can go from opening the package to fresh rolls in less than 20 minutes! It’s almost too good to be true.

The rolls themselves are flaky and buttery, almost like a croissant. Add a couple extra ingredients, and your rolls will be extra special. Let’s talk about it. 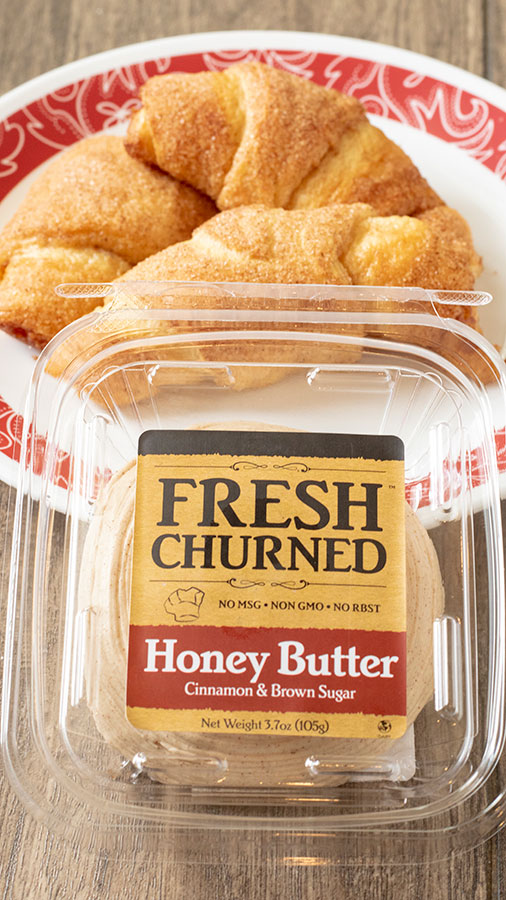 One of my favorite things in the world is a cinnamon roll. I love to make them myself, starting with my mother’s fail-safe roll dough recipe. But it’s time consuming, I’ll be honest. Sometimes I’m looking for a shortcut. And sometimes that means using dough from the bakery, but you still have to roll it out, put your cinnamon filling it, roll it up, and slice it!

So let’s call this a double shortcut. 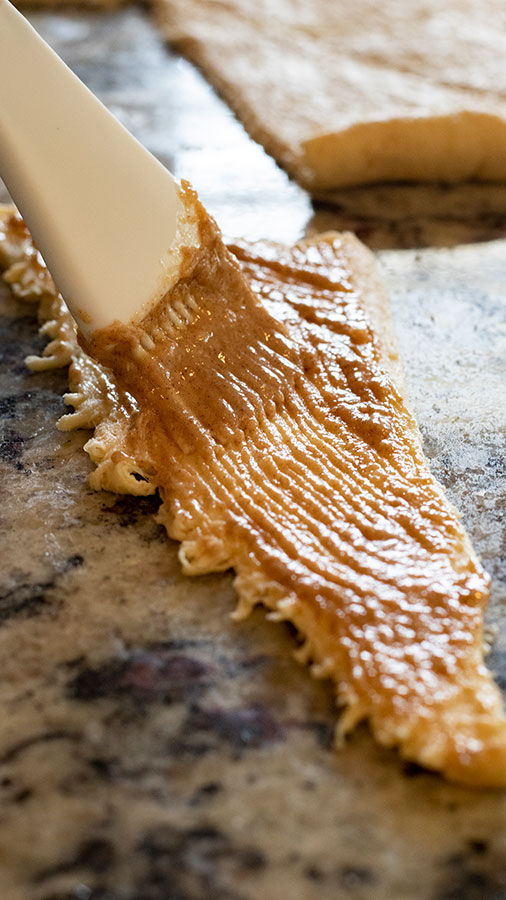 Simply paint some of our Fresh Churned Cinnamon Brown Sugar Honey Butter on your triangle of dough, and roll it up. Easy as that! The honey butter is sweet and has an amazing cinnamon flavor. You get all the flavor you want in a cinnamon roll.

But wait! There’s another step! 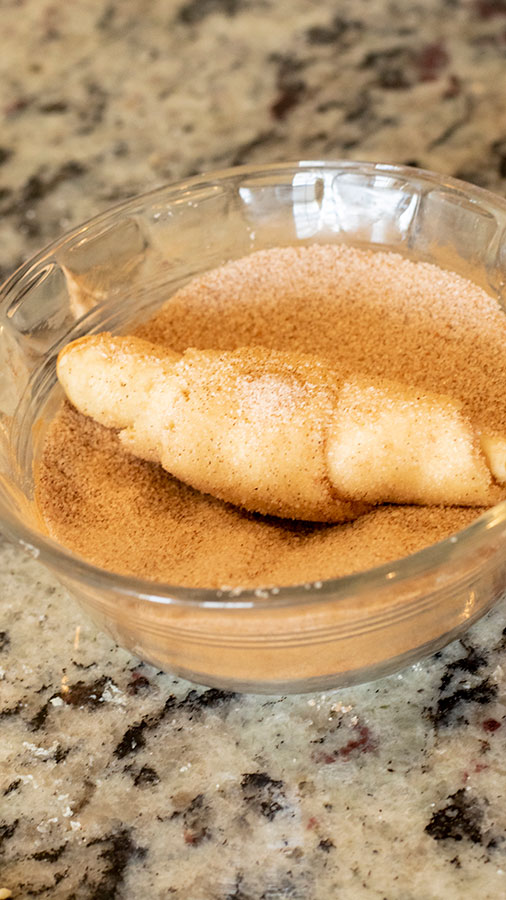 It accomplished two things. The first is some extra cinnamon flavor, which can’t hurt anyone ever. The second is this: as the rolls bake, the sugar on the outside caramelizes a little bit. So you have a slight crunch on the outside while being soft and flaky on the inside!

You’ll need to buy several tubes of dough– these will disappear quickly, believe me! 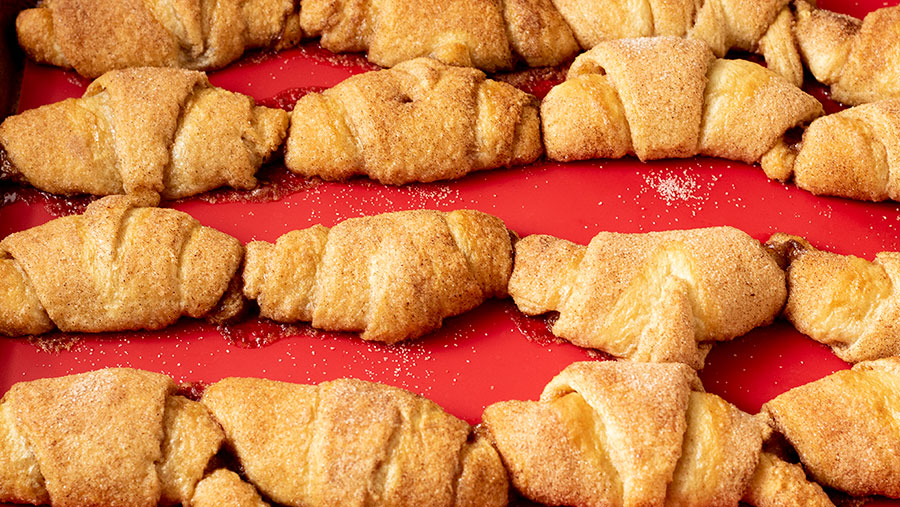 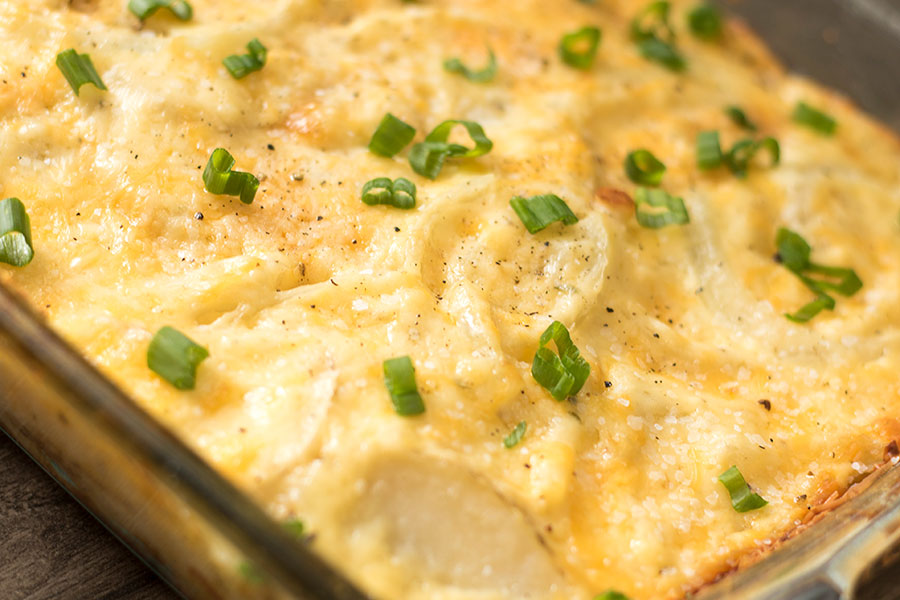 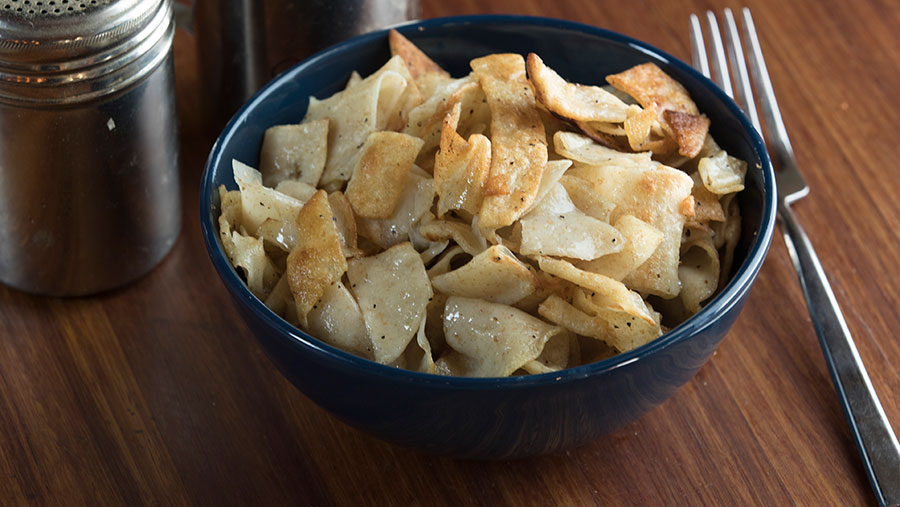 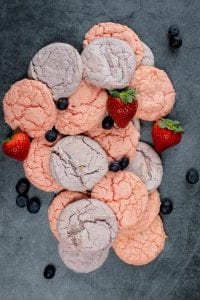