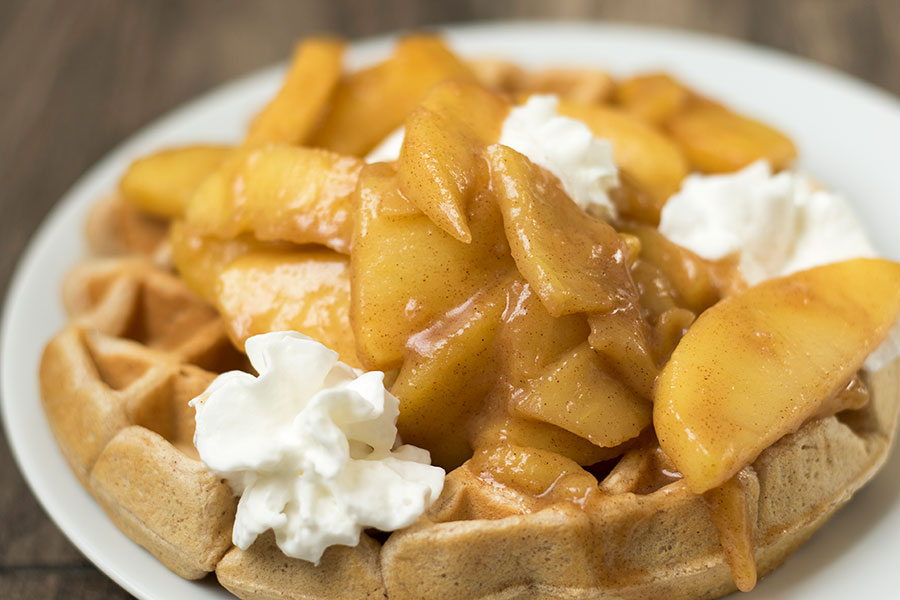 Breakfast is the most important meal of the day. And it can also be the most delicious! Breakfast food is so eclectic!; there are so many different things you can serve for the first meal of the day! And waffles are one of my favorites. There’s nothing better than a crispy on the outside, soft in the middle, homemade waffle. And on a cold fall morning, these Cinnamon Apple Waffles will really hit the spot! It’s an apple waffle with tasty cinnamon apples on top! I’ve already made them again!

Waffles are great because they’re a pretty basic batter, which leaves you the opportunity to impart whatever flavors you want. And I can’t think of many flavors that don’t work in a waffle.

One of my favorite things is cinnamon, and one of the best things with cinnamon is apples. So during the fall season, I really enjoy myself. Putting apples in a waffle ended up being a great idea. It’s a fairly subtle flavor, but with apples and applesauce in the actual batter mix as well as the cinnamon apples on top, it almost felt like an apple pie!

The secret to good cinnamon apples is, of course, Chef Shamy Cinnamon Brown Sugar Honey Butter. It provides a lovely sweet flavor from the brown sugar and honey. And there’s just the right amount of cinnamon to satisfy any taste bud.

Add some whipped cream, a little syrup, and you’ve got an absolutely scrumptious breakfast!

Try making this caramel syrup to go alongside! 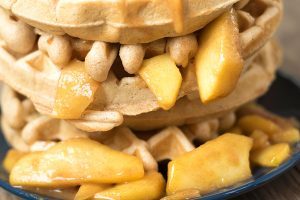 If nothing else, making apple waffles is an excuse to get apples at the right time of year. While it’s pretty easy to find apples year round, this really is apple season! There’s all kinds of fun varieties that are all inexpensive! I used Granny Smith for these Cinnamon Apple Waffles, because I love Granny Smith. Tart apples release a lot of sugar when they’re cooked, so I thought they’d be the perfect thing to use for the cinnamon apples. 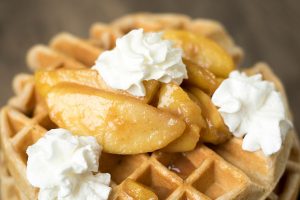 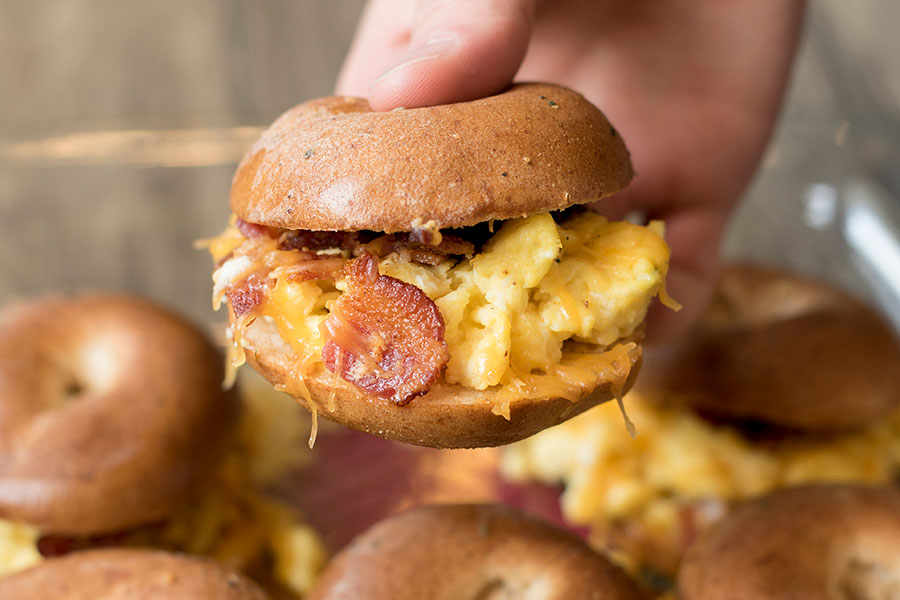 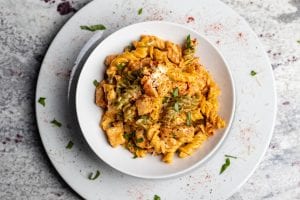 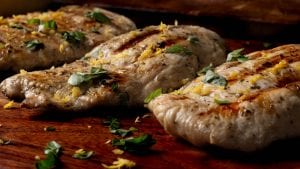